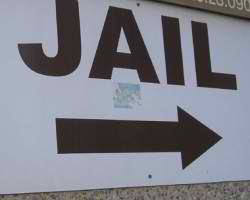 A former Bonita man who possessed 6,101 pounds of marijuana in a truck he was driving in Chula Vista has been sentenced to 18 months in federal prison.

Velazquez was driving a white box truck as he left a warehouse in the 1600 block of Brandywine Ave. in Chula Vista on Oct. 26, 2013, as seen under surveillance by agents of Homeland Security.

Police asked Velazquez if he had a driver’s license and he said no, as his license was suspended. He said the truck was owned by a friend, but did not know his last name or phone number. Velazquez said he didn’t know what was in the truck.

A narcotics canine was alerted to an odor at the back of the truck, and police discovered 233 large brick paged packages wrapped in cellophane that totaled 6,101 pounds of marijuana.

His attorney, Jan Ronis, filed court documents that quoted a case agent saying Velazquez had no role in managing, organizing, or directing anyone in the drug operation. He was only a transporter, the agent said.
Velazquez had been free on $100,000 bond since the federal case was filed in Nov., 2013, but was remanded into the

Metropolitan Correctional Center on Feb. 9 for violation of bond conditions. He was initially charged in Chula Vista Superior Court, but the case was dismissed and later filed in federal court.