There was a little bit of an extra in the step of the Eastlake quartet comprised of Ana and Luz Mercado, Sarah Davis and Blanca McCormick while competing during last Thursday’s (March 28) Mesa League track and field dual meet at Sweetwater High School.

But then it isn’t every day that one receives an invitation to compete in the ultra-chic Arcadia Invitational.

Considered the elite meet of regular season competition and a preview of the upcoming state championship meet, the Titan foursome received a bid to compete in the girls 4×400-meter relay event.

The invitation was extended after the Eastlake team posted a runner-up finish to Scripps Ranch with a time of 4:02.79 at the Sundevil Invitational March 23 at Mt. Carmel High School.

The Sundevil Invitational is considered the top meet in the San Diego Section.

All four girls expressed excitement when informed they had qualified for this weekend’s Arcadia meet (Friday and Saturday).

“It’s very exciting,” noted Ana Mercado, who will be competing with her twin sister Luz. “We didn’t think we would qualify. It’s really good news.”

“Last year we were trying to beat the school record but we weren’t able to do it,” Ana Mercado said. “We want to do it this year.”

Luz Mercado will receive a bonus by also competing in the 1600-meter running event at the Arcadia meet. Mercado posted a time of 5:08.37 at the Sundevil Invitational to finish third overall in the event. She ranks fifth overall among section runners in the event, with obvious room to move up over the balance of the season.

She said she has mixed emotions about competing, knowing that as a senior it’s a one-and-done shot at performing on such a big stage.

The 4×400 is not the only event the quartet participates in. The girls left their mark all over the meet at Sweetwater.

There are other events in which the girls have excelled this season. Davis is a contender in the 400 dash while McCormick has also competed in the 100 and 400 dashes, long jump and high jump.

Ana Mercado showcases her talent in every event except the long jump, triple jump and 100 dash while Luz Mercado remains the team’s utility superstar.

The girls also are not limited to just track and field.

The Mercado twins competed in girls wrestling during the winter sports season, with Ana Mercado earning a trip to the state meet, while McCormick was a member of Eastlake’s Mesa League co-championship roller hockey team.

Eastlake coach David Koopman credits team chemistry as a big factor in the girls’ success in the 4×400 event, which requires patience and due diligence in the exchange of the baton on each leg.

“They all return from last year,” EHS coach David Koopman explained. “Three are seniors and one is a junior, so there is that obvious element of experience there.”

Eastlake is no stranger to advancing athletes to the Arcadia meet. Jaylin Jackson competed in two events at last year’s event en route to earning state place-finishes in the triple jump (second) and long jump (third).

By the numbers
Eastlake swept Sweetwater in both gender fields, winning the girls meet by a commanding score of 121-14 and the boys meet by a more modest score of 88-48.

The Titans captured first-place finishes in 15 of the 16 girls events, placing 1-2-3 in nine non-relay events.

In field events, Natalia Cortes and Renna Cozza tied for the top height in the girls pole vault at 10-0 while Ravyn McCoy won the girls shot put (28-7) and discus throw (84-11).

Britney Buu won the girls triple jump (31-7) and tied for the top mark with teammate Gianna Bostic in the long jump (14-10).

Eastlake’s boys team captured first-place finishes in 12 of the 16 events.

“I was pleasantly surprised by our sprinters in this meet,” Koopman said.

A live webcast of this weekend’s Arcadia Invitational will be broadcast free of charge on the www.arcadiainvitational.org website, starting at 4:10 p.m. on Friday and 9:25 a.m. on Saturday. 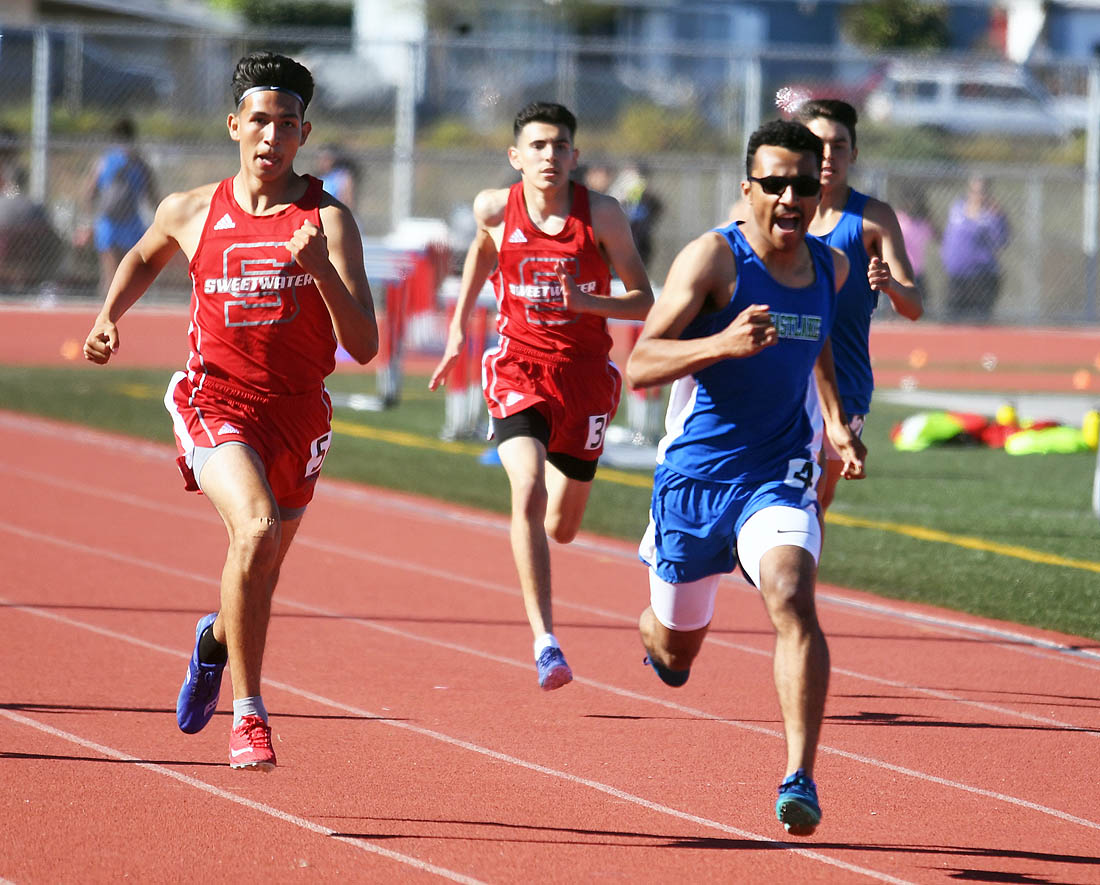 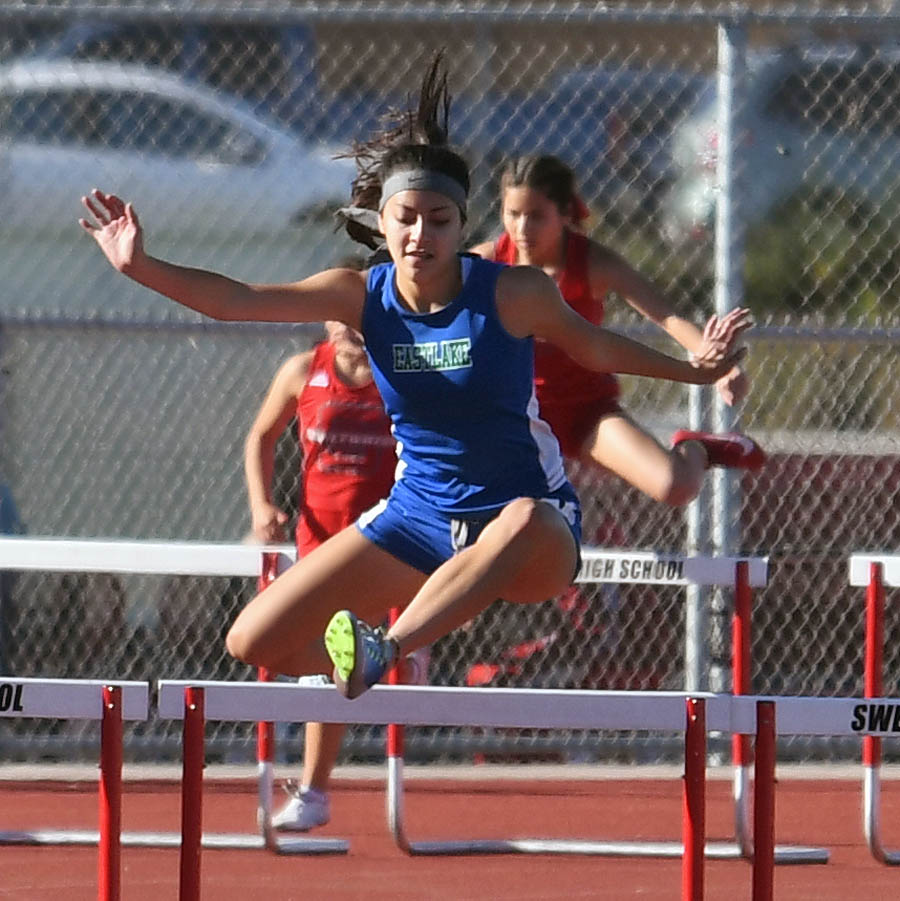 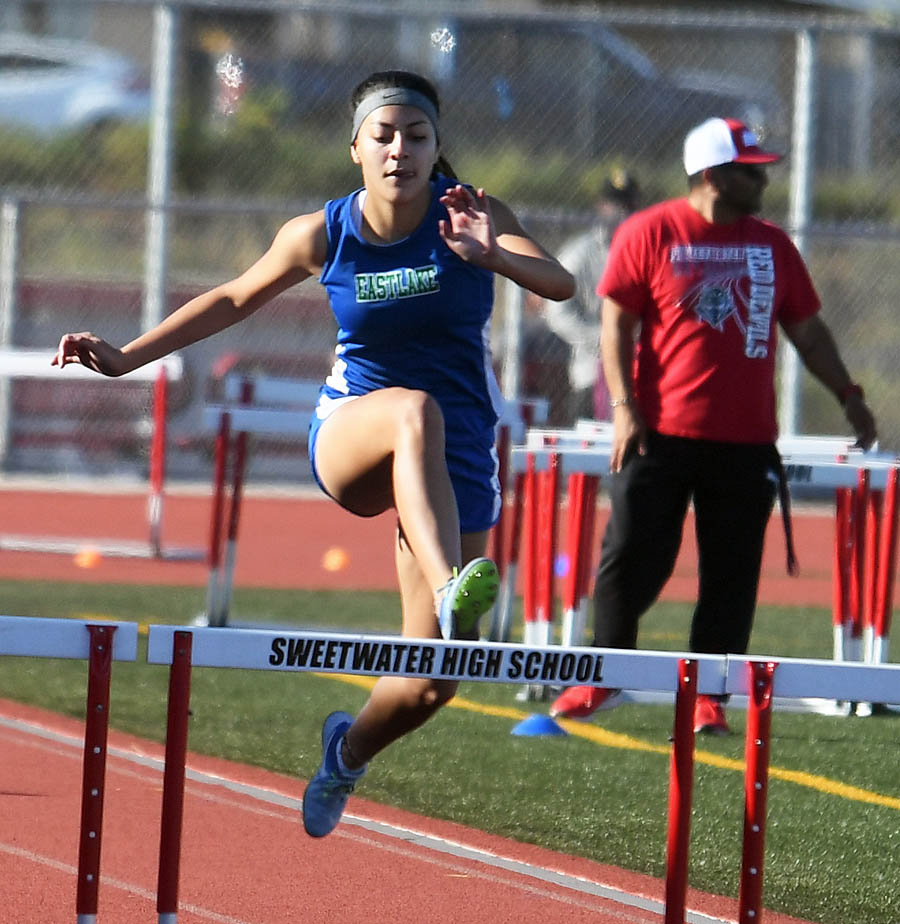 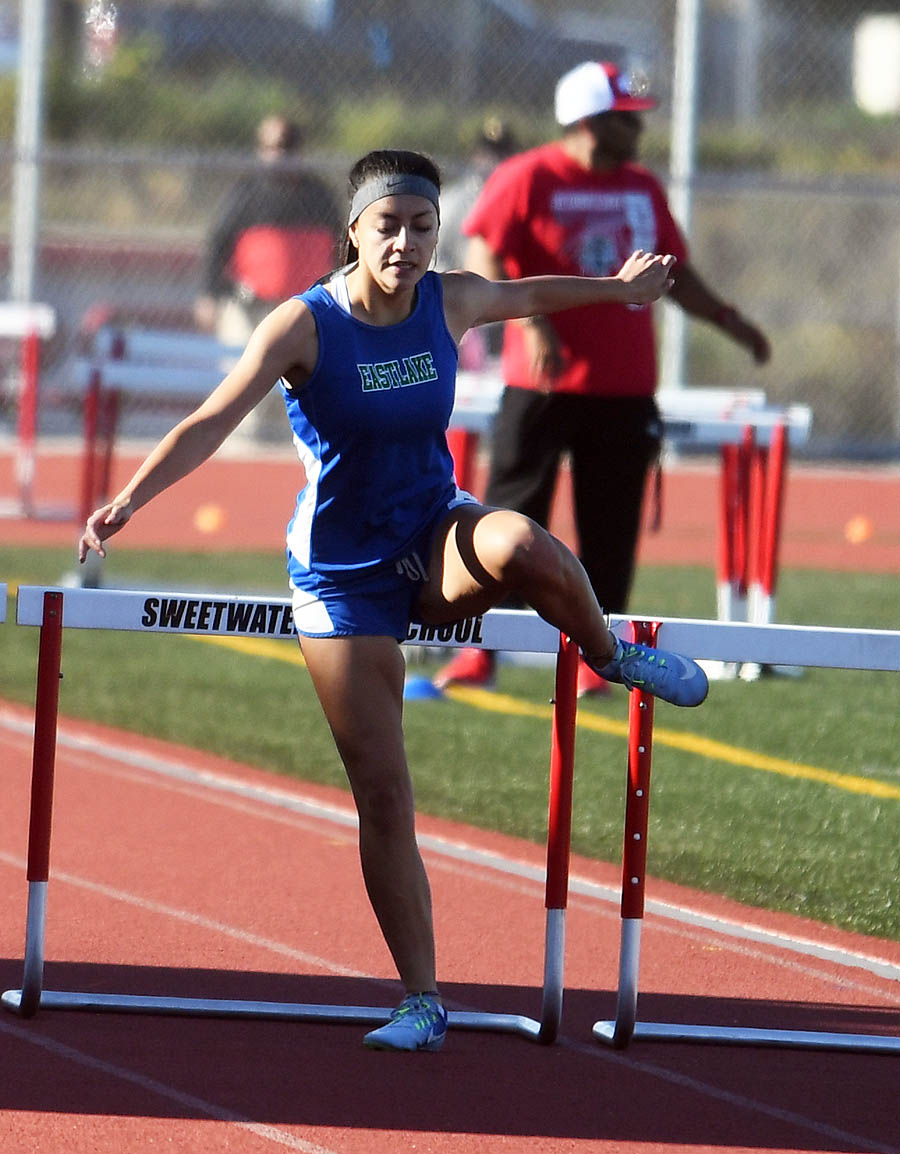 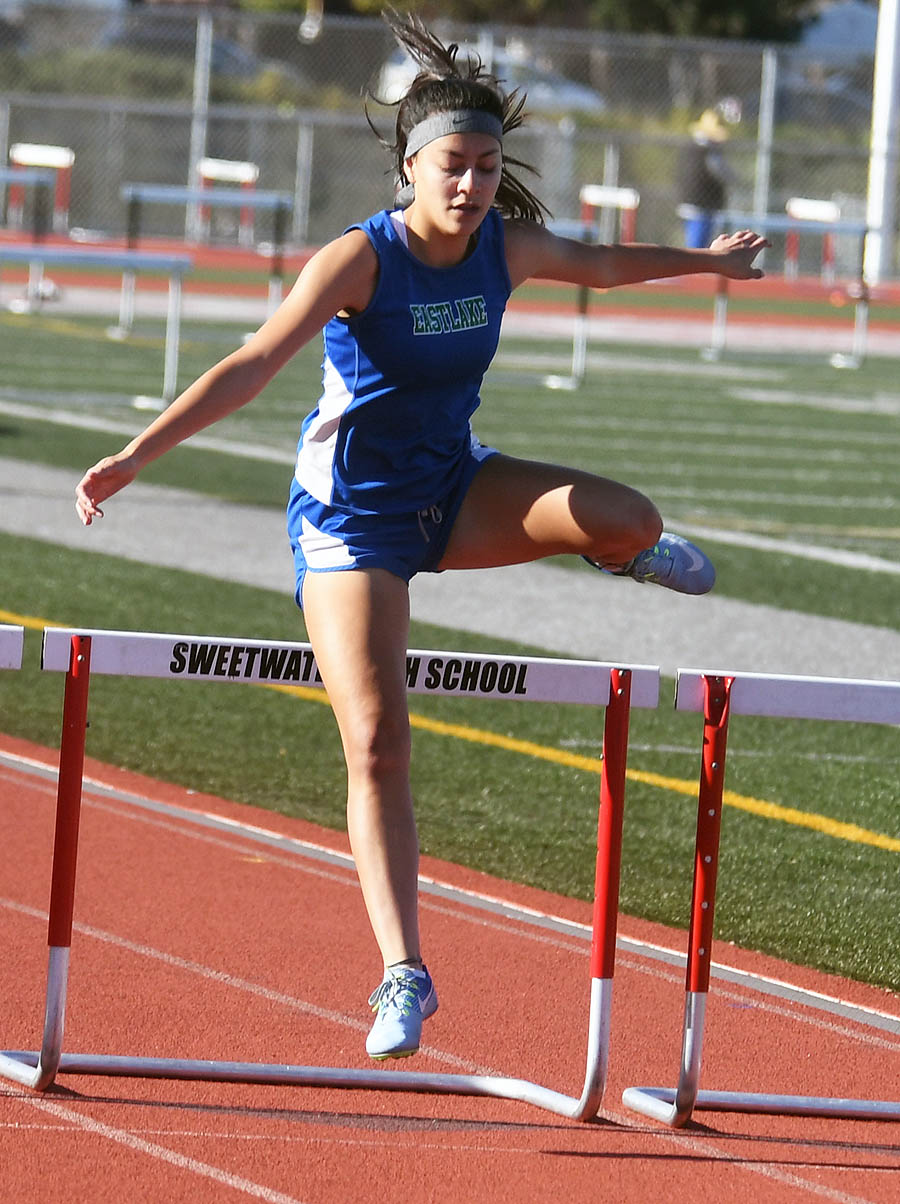 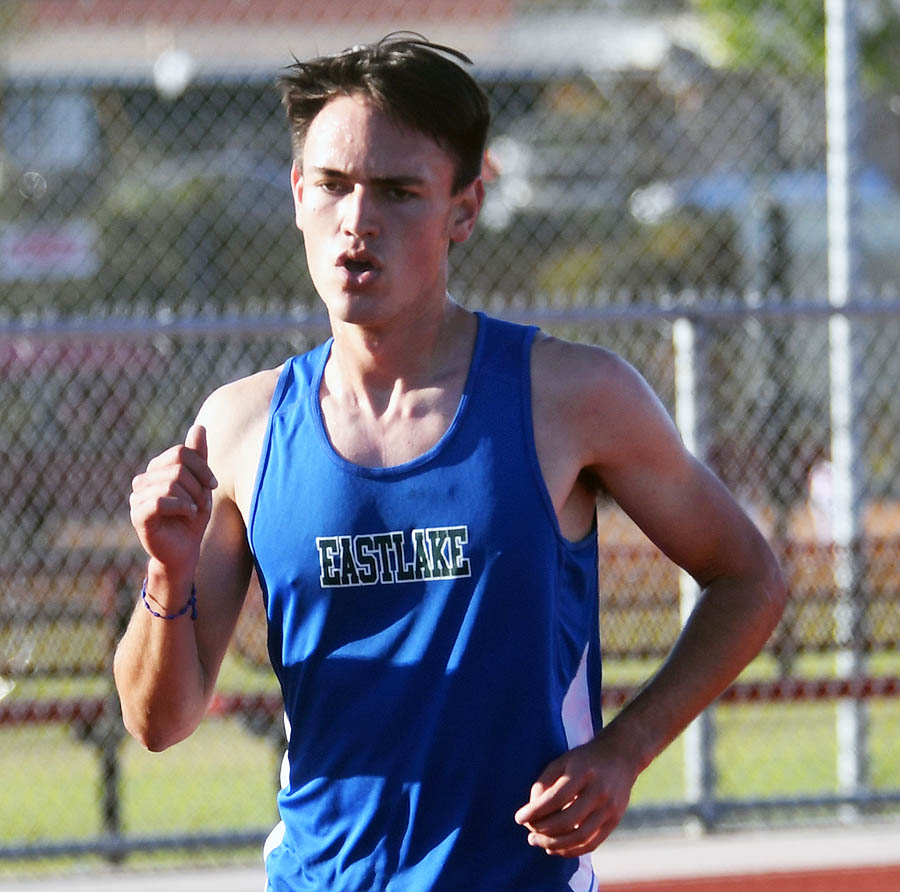