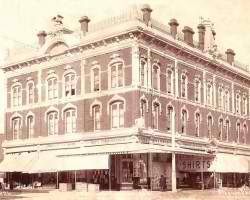 On July 9, 1890, Scripps Mercy Hospital admitted its very first patient. Fast forward 125 years to July 2015, when Scripps employees, community leaders and others marked an historic milestone of service with a special event that included the installation of a time capsule and a display of historic photos and medical artifacts at the Catholic hospital, which has campuses in Chula Vista and Hillcrest.

Led by Mother Mary Michael Cummings, in 1890 the Sisters of Mercy opened the five-bed St. Joseph’s Dispensary above a men’s clothing store in downtown San Diego, at the corner of Sixth Avenue and H Street (now Market Street). The facility admitted its first patient on July 9, a malaria victim named John O’Connell, who was treated successfully and was discharged after a 13-day stay.

A year later, the facility relocated to a 10-acre site in Hillcrest, on University Avenue between Sixth and Eighth avenues. It opened a new six-story hospital under the name Mercy Hospital in 1924, when it moved to its current location at Fifth Avenue and Washington Street. The Hillcrest facility joined the Scripps Health system in 1995.

In Chula Vista, what was then known as Bay Hospital Medical Center became Scripps Memorial Hospital Chula Vista in 1986. And in 2004, Scripps’ Chula Vista and Hillcrest facilities consolidated their operating licenses to become one Scripps Mercy Hospital with two campuses.

“There were about 100 patients admitted to the hospital in its first year in 1890, compared to more than 32,000 annually today between our two campuses, so we have certainly grown with the communities we serve,” said Tom Gammiere, chief executive of Scripps Mercy Hospital. “And while there have been a lot of changes in health care, the heart and soul of our mission has remained the same – to provide high-quality, compassionate care to those in need.”

From its earliest days, Scripps Mercy has been on the leading edge of health care. In 1890, the first cesarean section recorded on the West Coast was performed at St. Joseph’s. In 1904, it opened San Diego’s first training school for nurses, a three-year college that produced 1,550 graduates before closing in 1970. It is also home to San Diego’s longest-established graduate medical education program, and was the first hospital west of the Mississippi to earn accreditation from the American College of Surgeons.

Today, Scripps Mercy Hospital features a wide range of medical services offered in technologically advanced facilities. These include the Conrad Prebys Emergency & Trauma Center, a minimally invasive robotic surgery program and a nationally designated center of excellence for bariatric surgery. Scripps Mercy is also a certified STEMI receiving center (for fast and effective treatment of heart attacks) and offers cancer services such as the Woltman Family Infusion Center, as well as the O’Toole Breast Care Center, which opened in June.

At its two hospital campuses in fiscal year 2014, Scripps Mercy had, 115,703 emergency room visits, 3,615 newborn deliveries and 9,415 patient visits to Mercy Clinic (an outpatient care clinic on the Scripps Mercy campus that serves at-risk populations, including the disabled and working poor). Scripps Mercy has 684 licensed beds, 1,051 affiliated physicians and is staffed by 2,824 employees of Scripps Health.

“Scripps is committed to serving downtown and the communities of central and south San Diego County for many more years to come,” Gammiere said, noting that the time capsule would be opened in 75 years, at the hospital’s 200th anniversary. 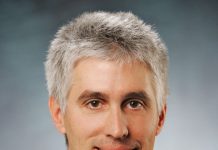 What is the difference between a colonoscopy and a sigmoidoscopy?