Tucked away on Bonita Road is Romesco, a Mexiterranean bistro. Baja and Spanish flavors are intertwined here and the influence spawns beautiful delicious Mediterranean-inspired food with a Baja twist.

This is a fine-tuned restaurant in the most unassuming of places. Prepare to be transported.

Romesco, owned and operated by Grupo Plascensia, is the only restaurant in their holdings operating in the United States. Their other restaurants are across the border in Tijuana and highly recognizable. They include Giuseppis, Casa Plascensia, the famed Villa Saverio’s and Caesar’s. Most notable is Caesar’s, open since the late 1920s at its original location. This is where the famed Caesar salad we all love was first created.

Romesco opened its doors in Bonita in 2006 and has since served the south San Diego community in the same location. Though it isn’t apparent outside, the interior boasts the classic bistro look, with robust dark wood bar, accents, decor and crisp white linen covered tables.

Besides a large entree selection, a large assortment of tapas, tostadas and tacos are served throughout the day as well.

Also worth noting is their assortment of wines with many of them from Valle de Guadalupe — the wine country of Mexico that is home to more than 100 wineries and has emerged as one of the greatest wine regions in North America.

Romesco is definitely a deep-rooted hidden gem in the South Bay. In the meantime, enjoy a taste of the Mediterranean and a sip of Valle de Guadalupe in the comfort of our community.

The play contains adult content and language and is not appropriate for children under 16. Parental discretion is advised. Tickets are $15 for general admission and $10 for students/seniors/ military. To order tickets online, visit the website at www.swccd.edu/americanidiot.

Spike Heels
OnStage Playhouse, Chula Vista’s community theater will present Teresa Rebeck’s “Spike Heels” March 9 to April 7. A provacative, razor-sharp comedy/drama, the play explores the power play between the sexes, the American class system, feminism, sex and the possibility of a four-sided love triangle. The OnStage production is directed by Charley Miller and produced by Desiree Peters. For more information, visit the website at www.onstageplayhouse.org.

Taste of Third
The Taste of Third returns to Chula Vista’s original neighborhood on March 8 from 4-8 p.m. This annual self-guided sampling stroll is an epicurean’s answer to a pub crawl taking ticket holders on a tantalizing trip through Third Avenue Village.

At the Taste of Third, ticketholders will receive bites of delicious dishes and savory sips from a variety of Village eateries, breweries, tasting rooms, and cocktail lounges.

Back with nibbles are favorites such as Fuddruckers, La Bella Pizza Garden and Italianissimo Trattoria.

The 21-and-older crowd can toast with tasters at Chula Vista Brewery, Third Avenue Alehouse and at 2018 newcomers such as Bar Sin Nombre, Groundswell Brewing Co., Thr3e Punk Ales Brewing, and The Gentle Penguin.

Ticket-holders can take advantage of the ability to imbibe further drink specials offered during the tasty trek. They can also enjoy artistic entertainment ranging from musicians to magicians stationed throughout the village. 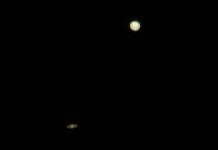 Look for dazzling ‘Christmas Star’ to light up the holidays 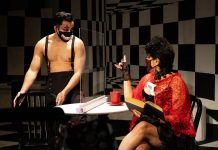 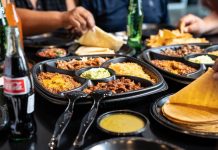