“It was a huge success,” EHS varsity coach Steve Wiggs explained. “I’m hoping that we can draw more of the alumni out next year. To do that, we are creating a record book for the alumni meet.”

One record was definitely set at last Friday’s meet. It came in the opening women’s 200-yard medley relay in which the quartet of Valerie Chin, Angelika Yngson, Paola Rivas and Elisabeth Lundgren eclipsed their own varsity school record set at the CIF finals.

“They hadn’t swam it in two years but came back stronger,” Wiggs said. “Some of them are now swimming in college.”

Indeed, competing at Eastlake proved to be a springboard for many swimmers to the next level.

Lundgren, a 2018 EHS grad, set the freshman record in the 200 backstroke at UC Santa Cruz this season in 2:05.59. She placed third in the event at the PCSC championship meet.

Lundgren, who has since handed the family torch to younger sister Emily on the Titans, served as a senior captain at Eastlake and was a team MVP and league champion in the 100 backstroke.

“I had a lot of coaching changes but I felt each coach helped me develop to become a college swimmer,” Elisabeth Lundgren said. “They not only helped me swim faster but become a better student.”

Paradowski, who has coached youth and high school swim teams in the area for the last 37 years, served as last Friday’s special guest alumni coach.

Paradowski coached at Sweetwater High School and the National City Swim Club before coming on board SBA in 2001. He said he had probably coached “75 to 80 percent” of the alumni present at last Friday’s meet.

The number might be somewhat on the low side.

While the alumni competed for times, the Eastlake varsity team participated in a paced practice.

One of the quirks had both Lundgren sisters performing the 100 backstroke in adjacent lanes. The competitive spirit took over and Elisabeth out-touched her freshman sister at the wall.

The reverse happened in the 50-yard distance. 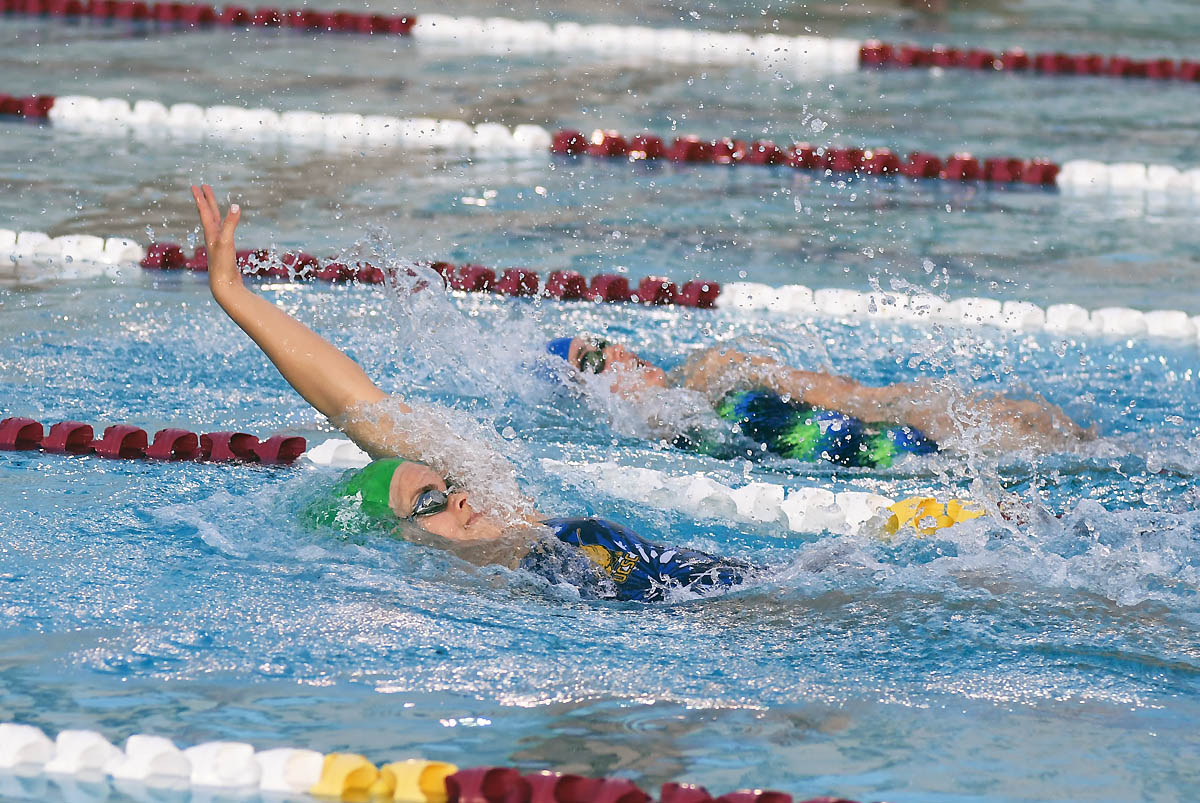 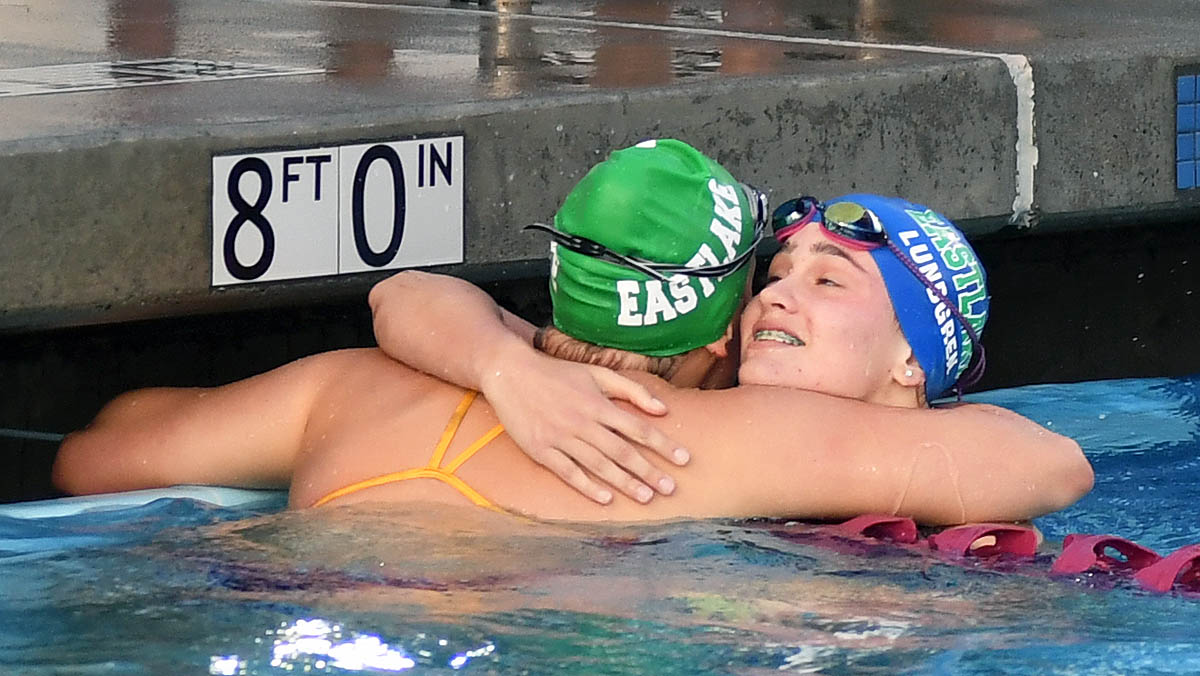 Both sisters hugged after competing.

“I am so proud of all Emily has accomplished already and what still could be coming,” the current Santa Cruz standout swimmer said.

Randazzo began swimming at age 9. He swam for SBA for five years before competing in high school. He recently graduated from UC Santa Barbara where he competed two years on the school’s NCAA Division I swim team.

Randazzo, a financial mathematics and statistics major at Santa Barbara, won league championships all four years he swam at Eastlake.

“It was a great set-up for college,” Randazzo said. “I had a lot of good teammates at Eastlake.

“I’m starting grad school at UCLA. All those A.P. classes I had a Eastlake set me up for this.”

Miclat (EHS class of 2013) graduated from Cal Poly San Luis Obispo in 2017. He was a four-year league champion in high school, mastering the 50 and 100 freestyle events. He finished third in the 50 freestyle at the Division I CIF finals.

Miclat, whose sister Jana was unable to attend last Friday’s alumni meet, said what he remembered most about his days as a Titan were “the unique dry land” practices.

“We felt like we were on an endurance run, running many miles before practice, but we were in great shape,” he said.

Miclat also has fond memories of the camaraderie on the team. “It was fun,” he said. “Growing up we were on the same team at SBA and then together at Eastlake. We took pride in it.”

Fischer won the 50 freestyle event at the Mesa League finals in 2017. He is currently competing at San Diego Mesa College and could be back at the new SWC pool for the upcoming Pacific Coast Athletic swim championships April 18-20.

The alumni felt flattered to have their own special event.

“It was exciting,” noted 2018 EHS alumnus Cayden Pangelinan, who is now attending Cal Poly San Luis Obispo. “It’s cool to come back and see everyone and see where the current team is going.” 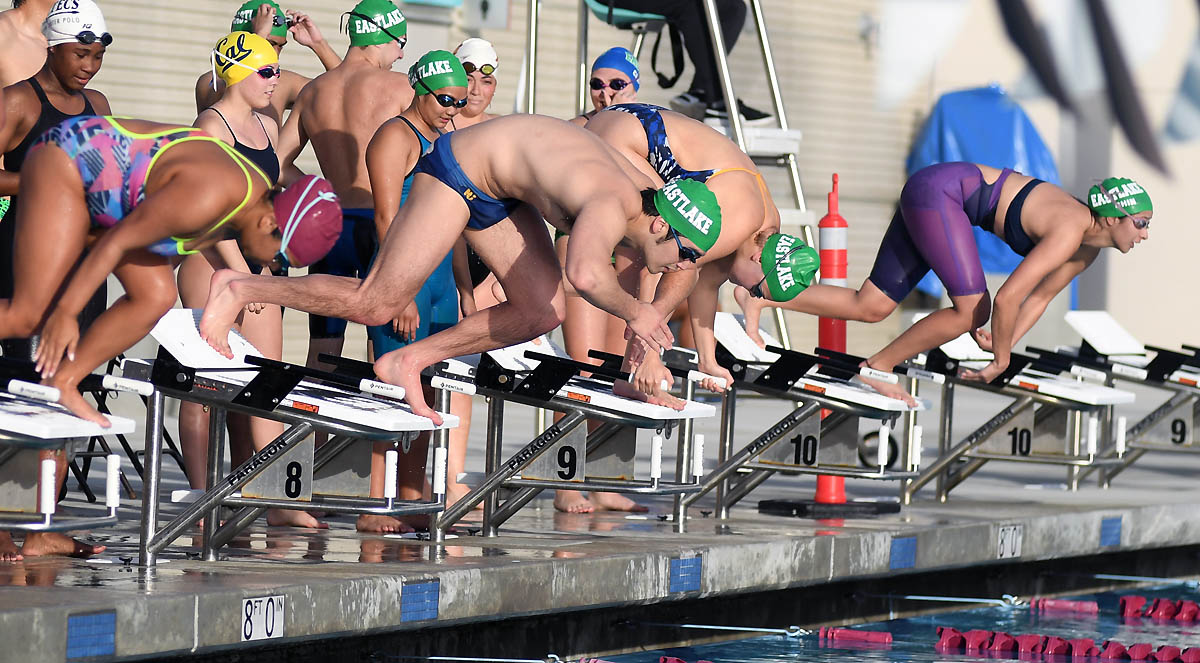 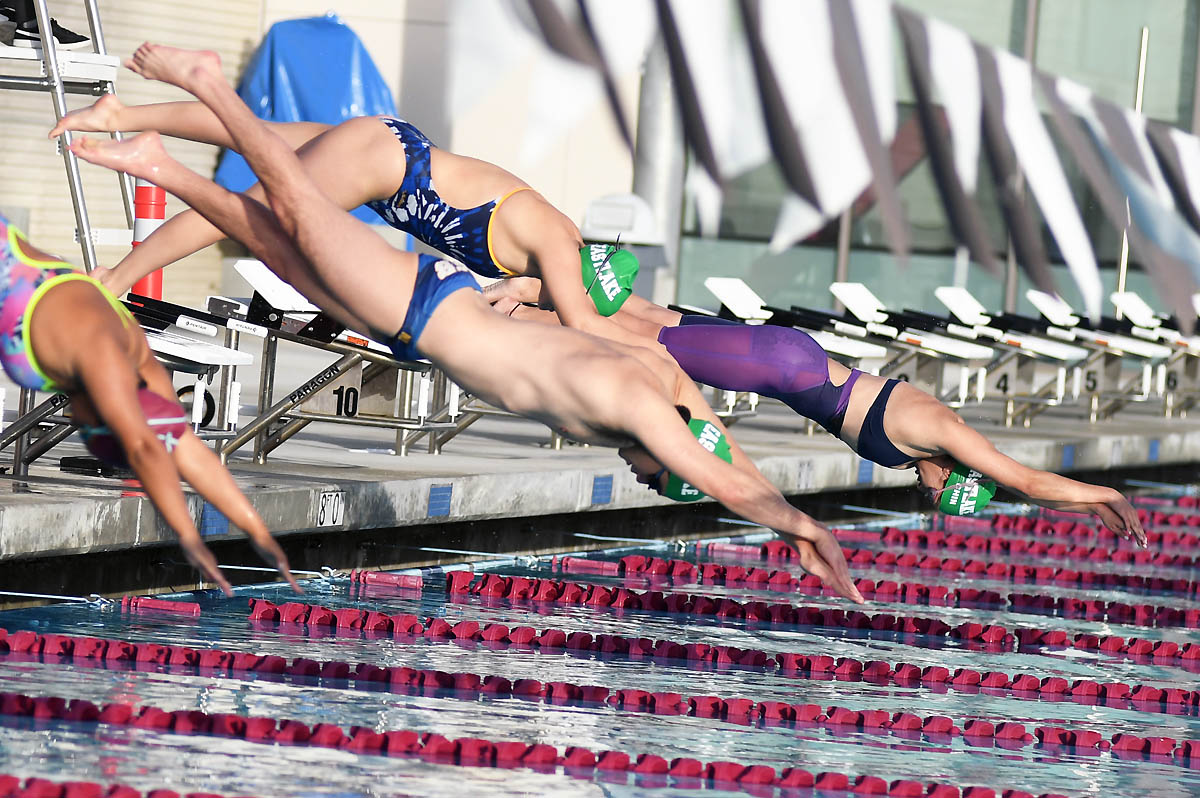 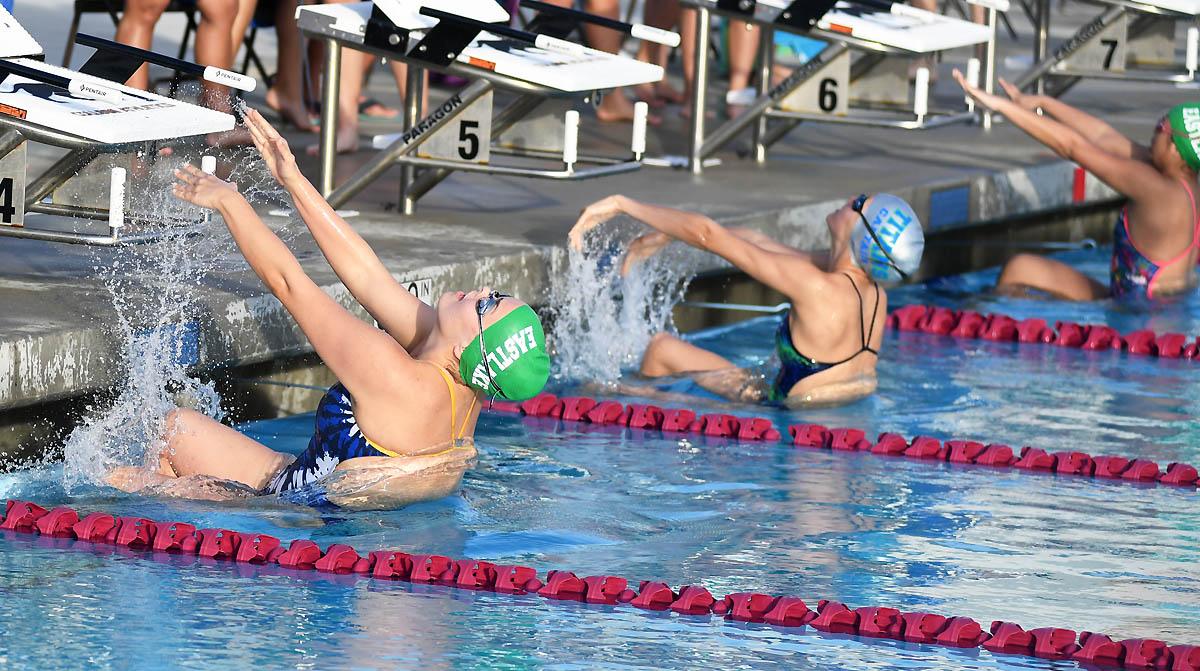 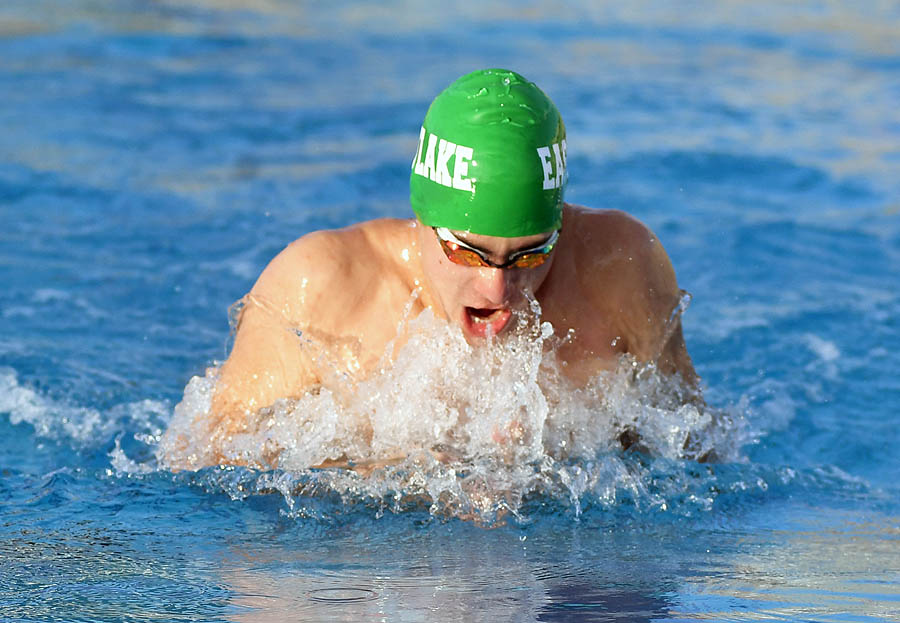 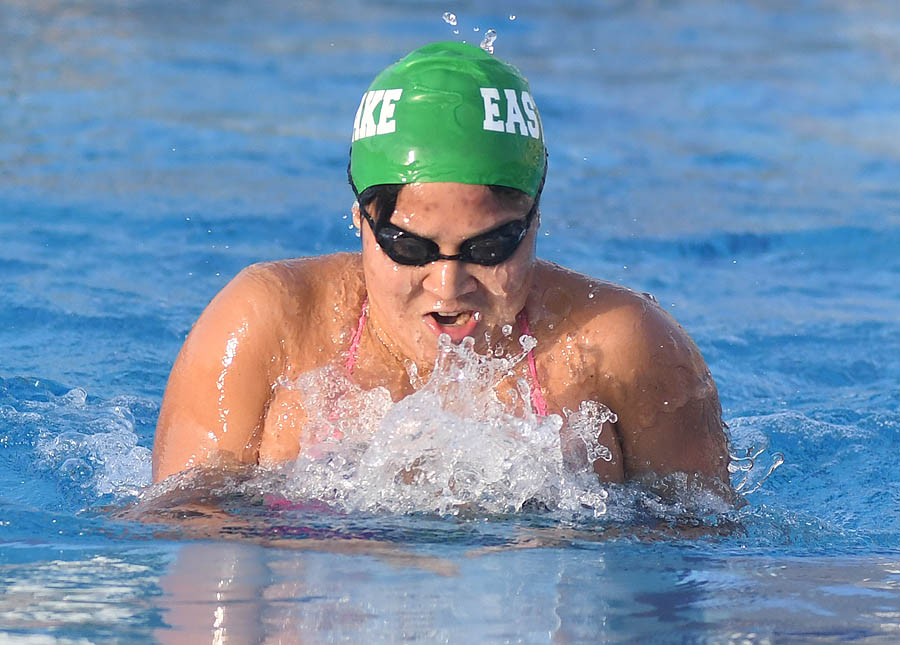 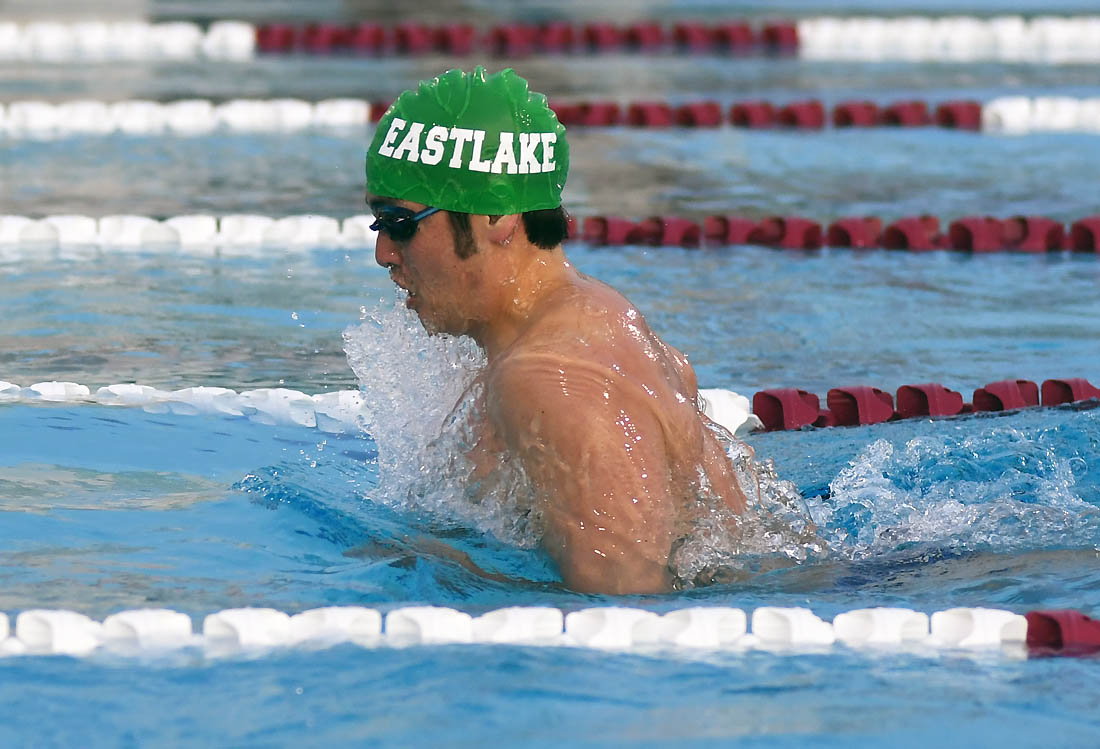 The Eastlake High School swim team continues to excel against San Diego Section competition after recording a second-place finish for its girls team and a sixth-place team finish for its boys team at last Saturday’s Mt. Carmel Invitational.

The Titans had a large number of swimmers qualify for the finals.

Freshman Emily Lundgren won the 100 breaststroke by setting a meet record and school record of 1:03.50. She eclipsed her own school record in winning the 200 individual medley in 2:06.45.

Eastlake will compete in a pair of Mesa League dual meets next week: April 9 at Mater Dei Catholic and April 11 against Otay Ranch at Southwestern College.

Olympian swept a Mesa League dual meet against Bonita Vista March 28 at the Southwestern College pool, winning 126-55 on the girls side and 121-55 on the boys side.

Olympian captured first-place finishes in 10 of the 12 girls events and nine of 12 boys events. 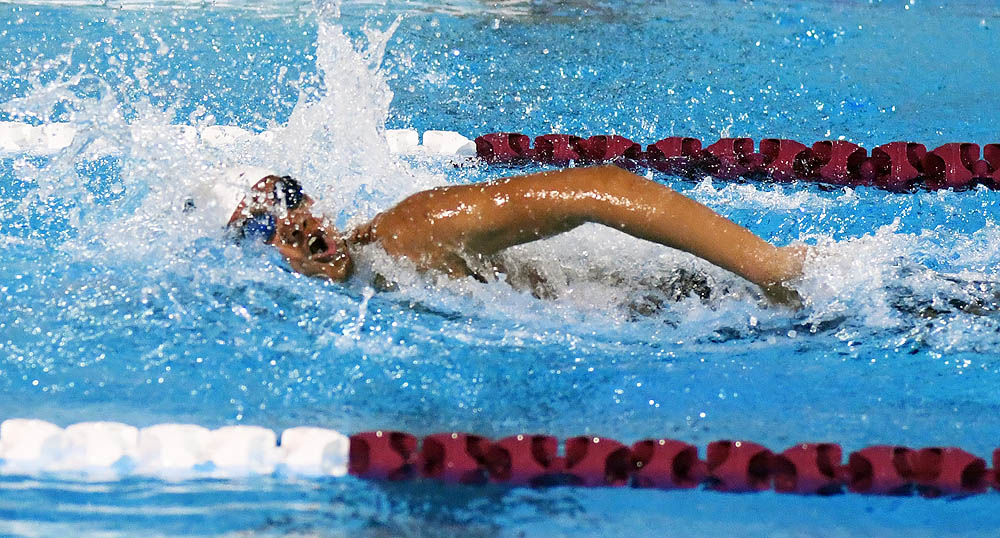 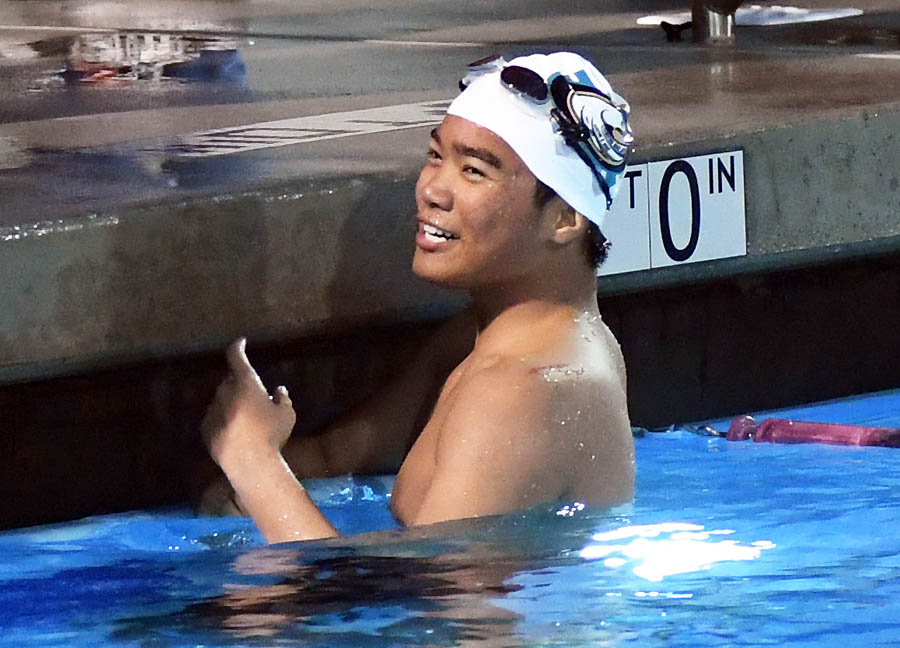 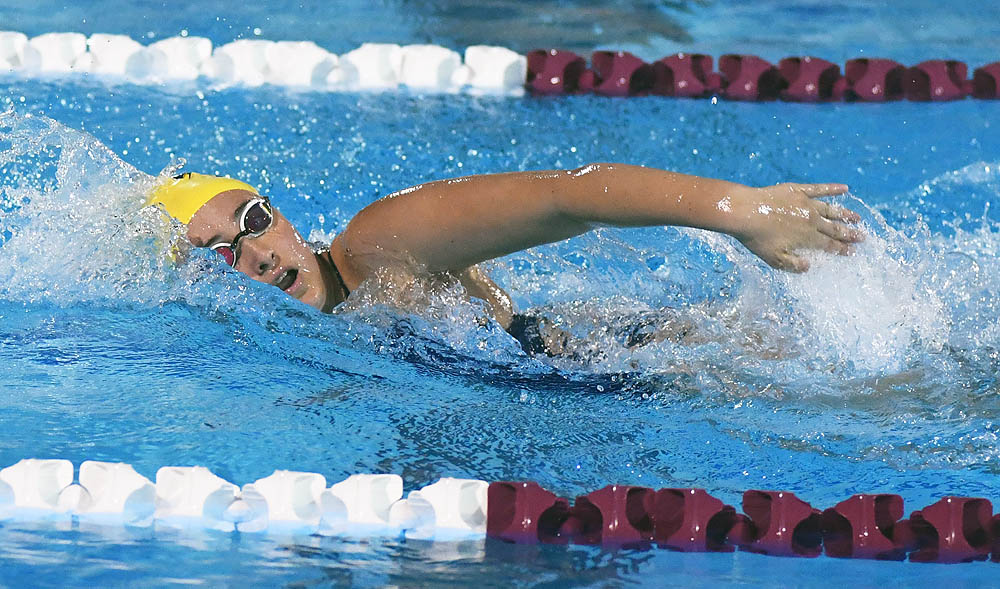 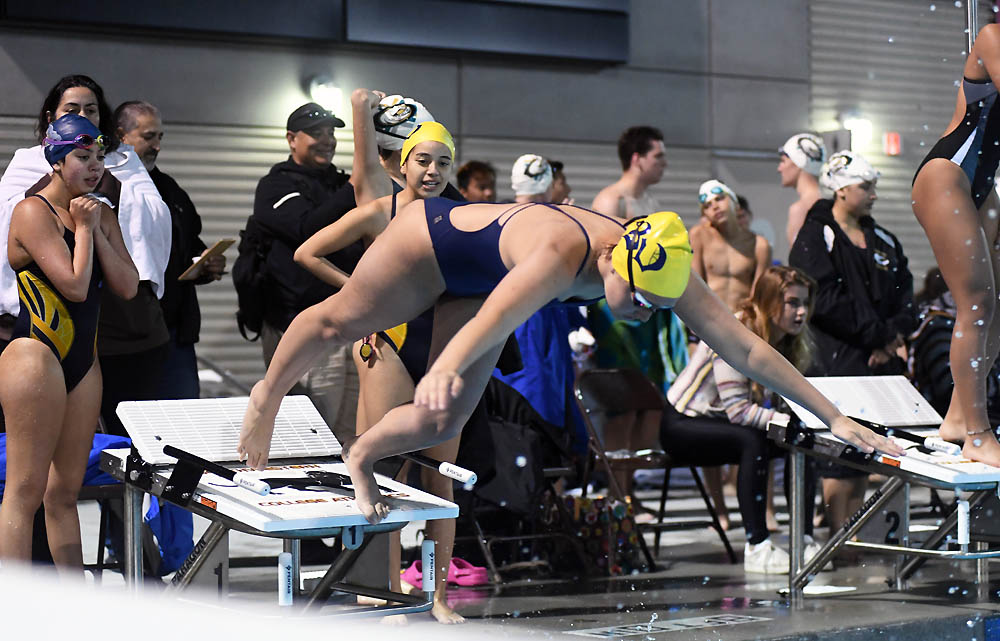 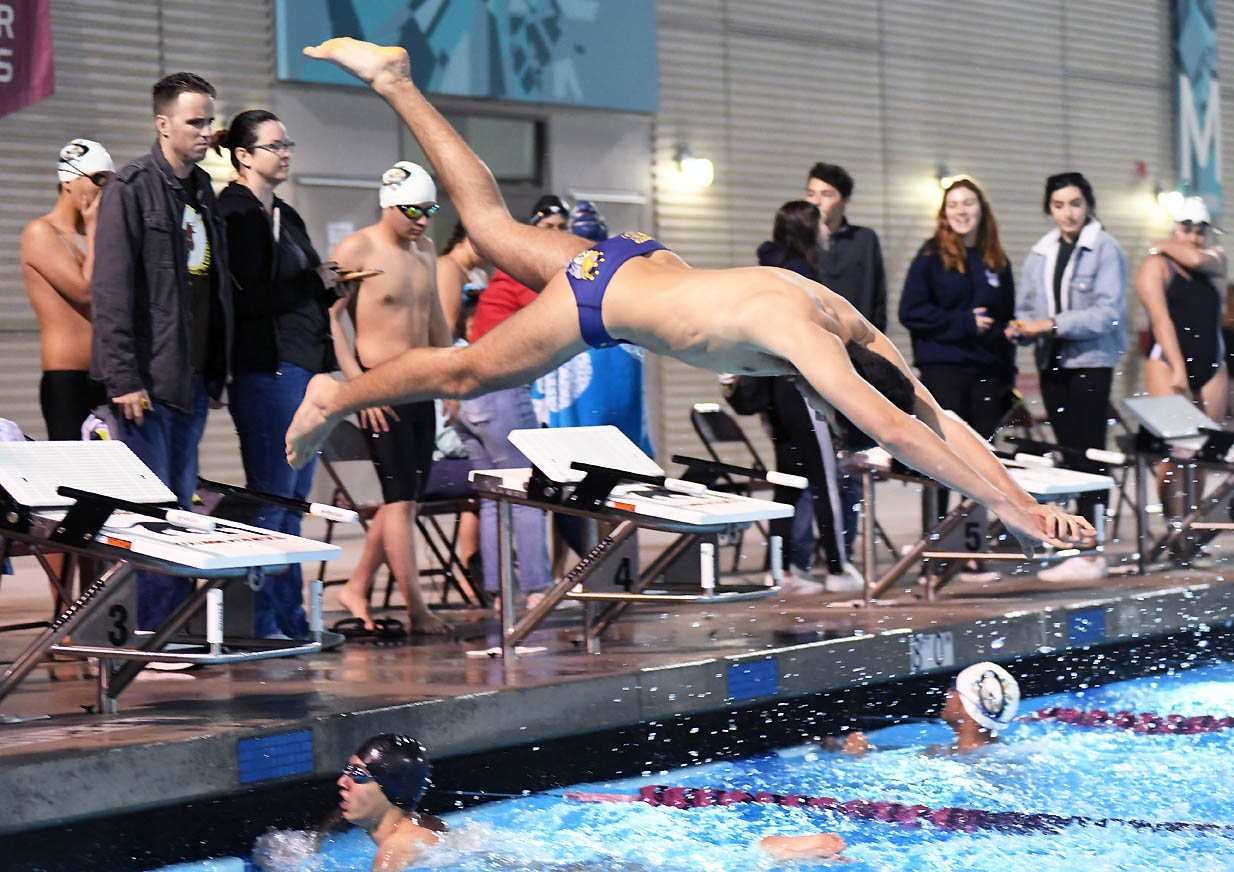 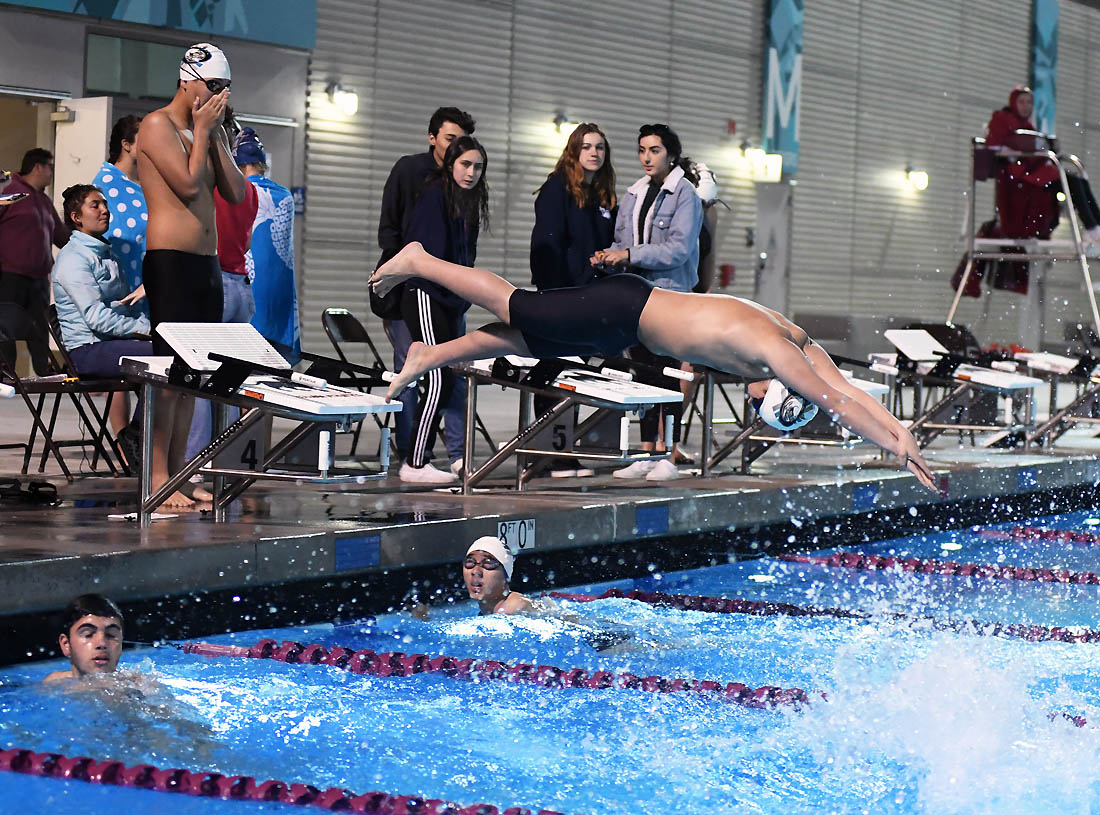 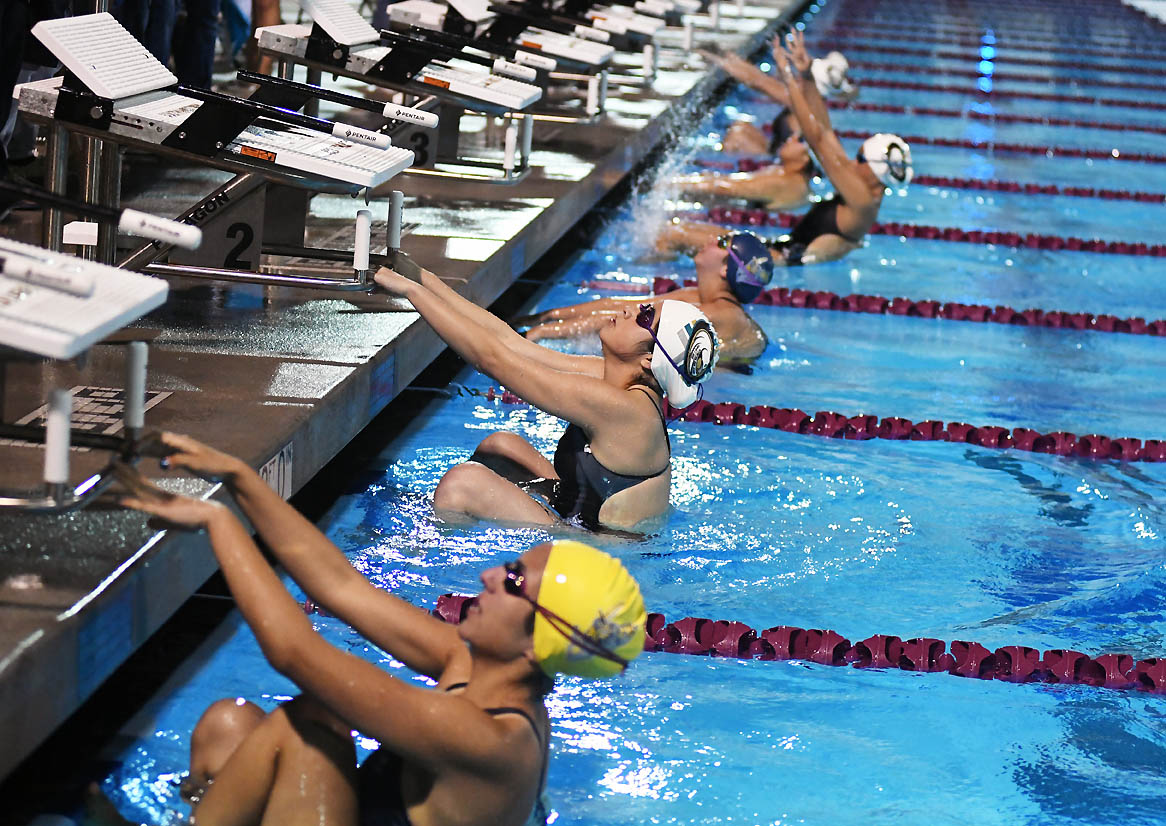 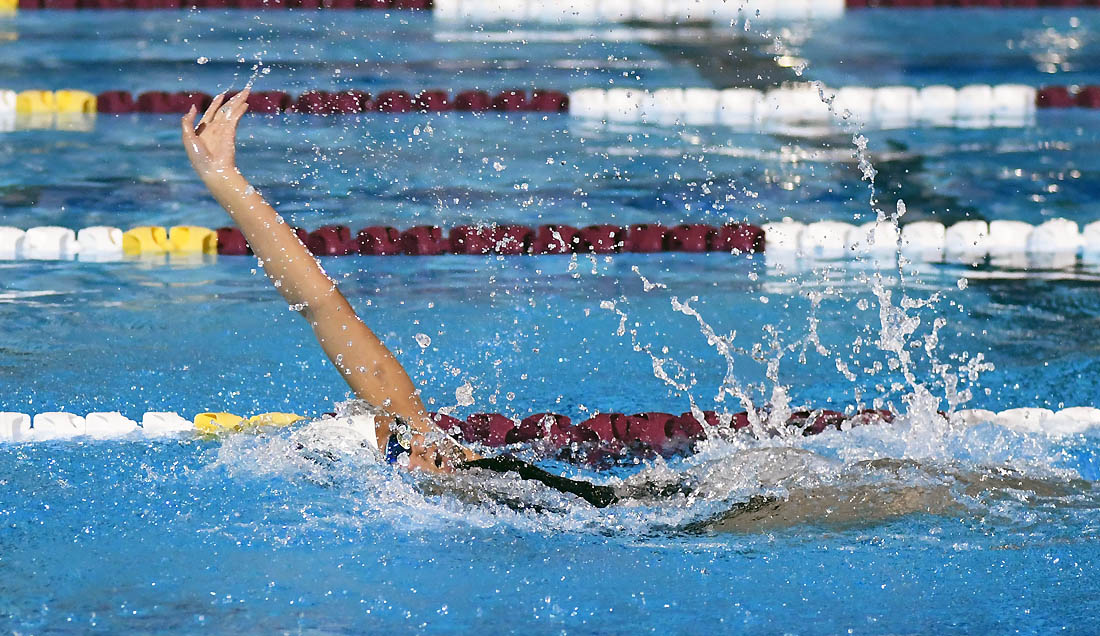 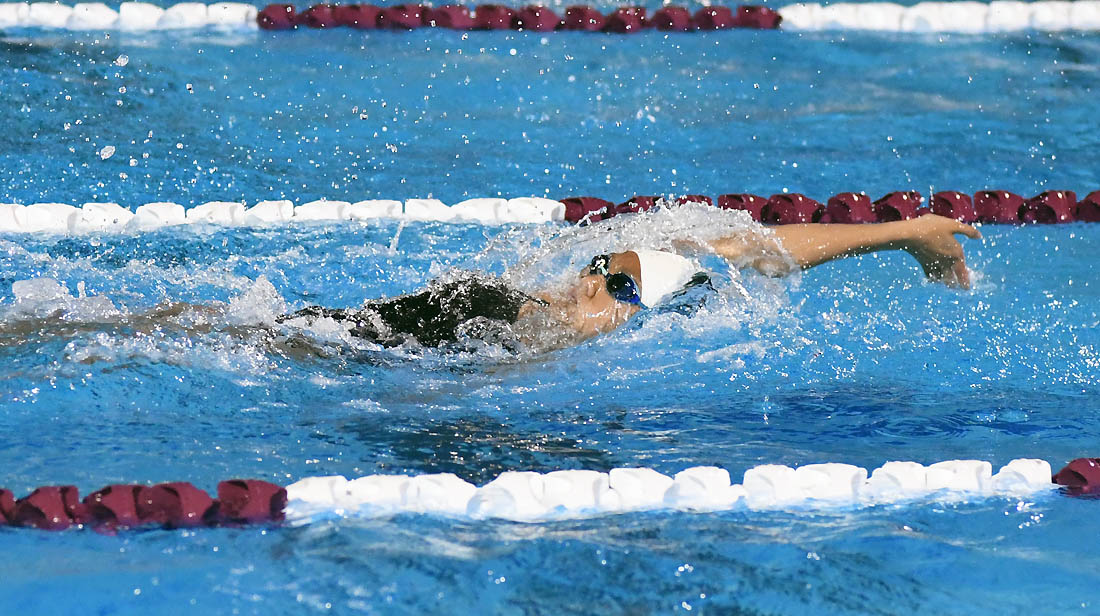 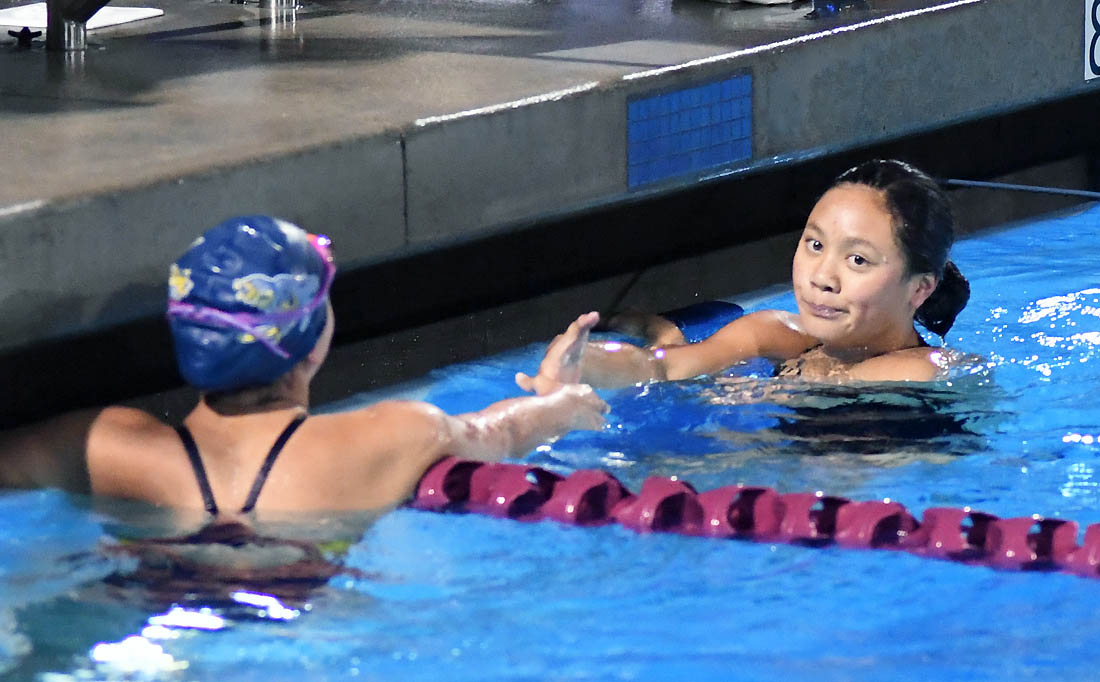 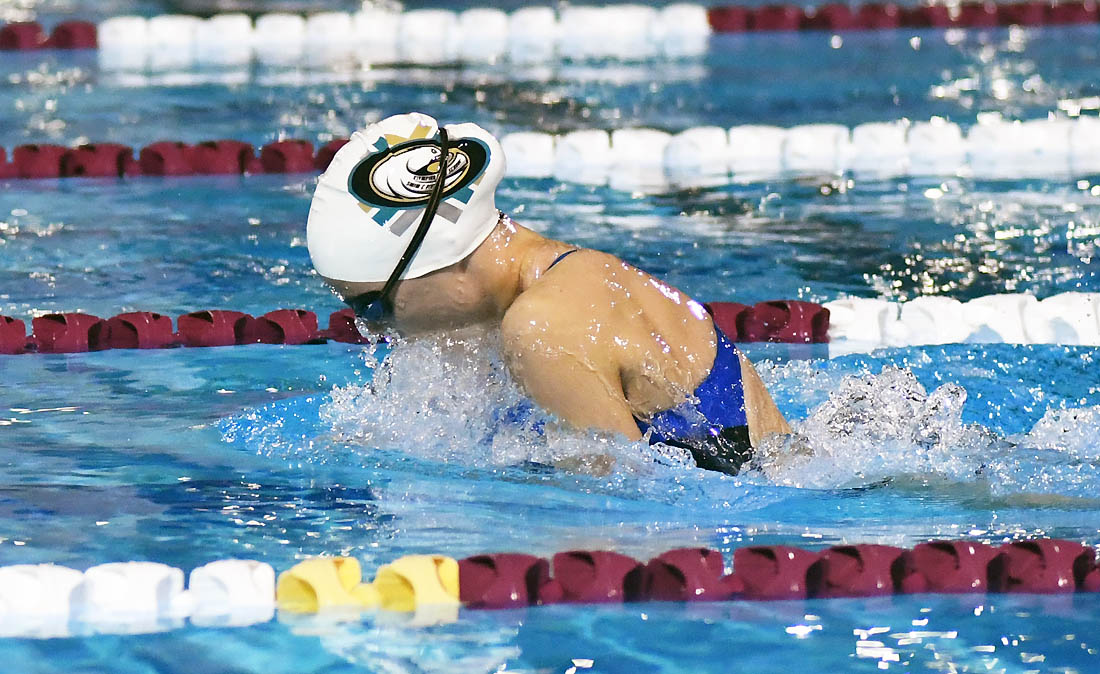 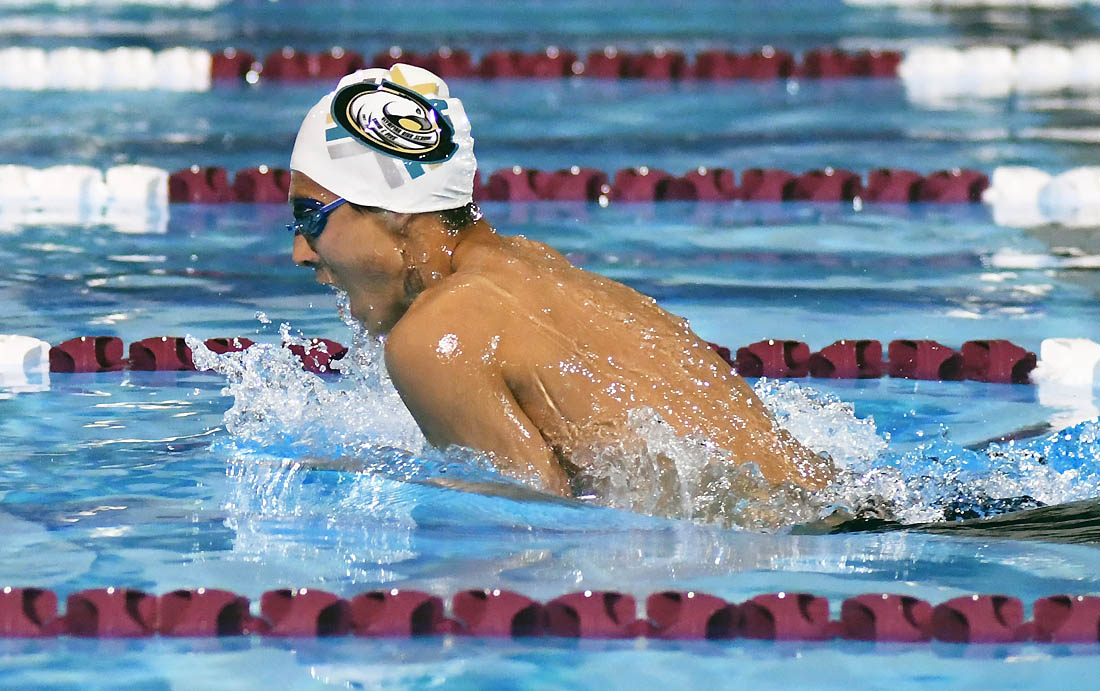 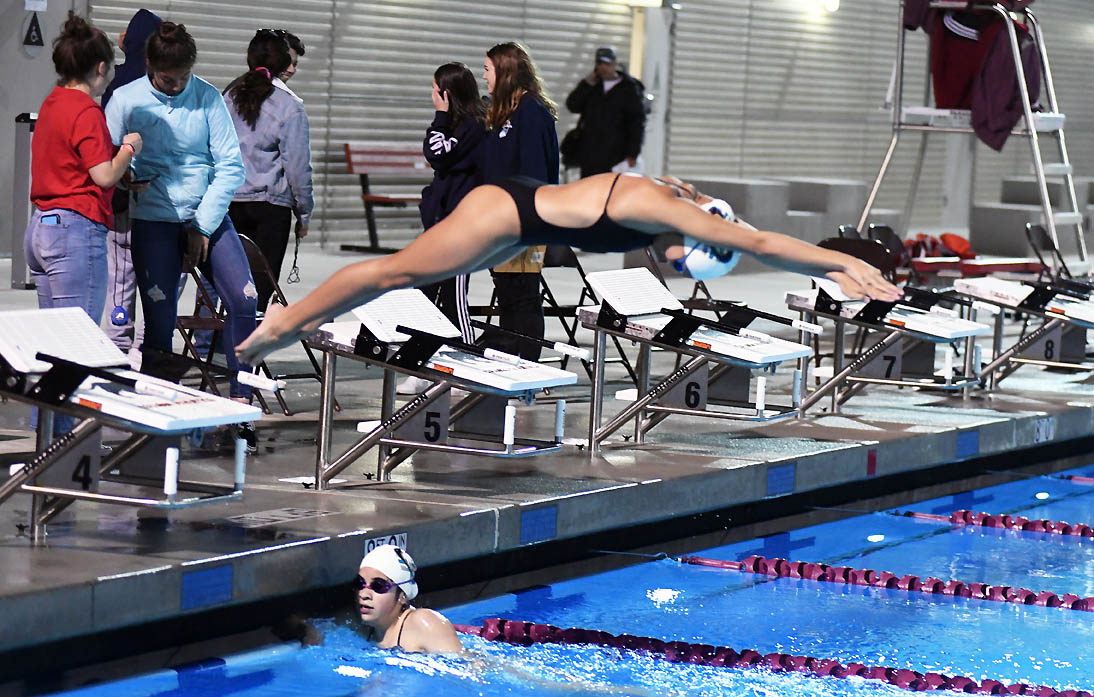 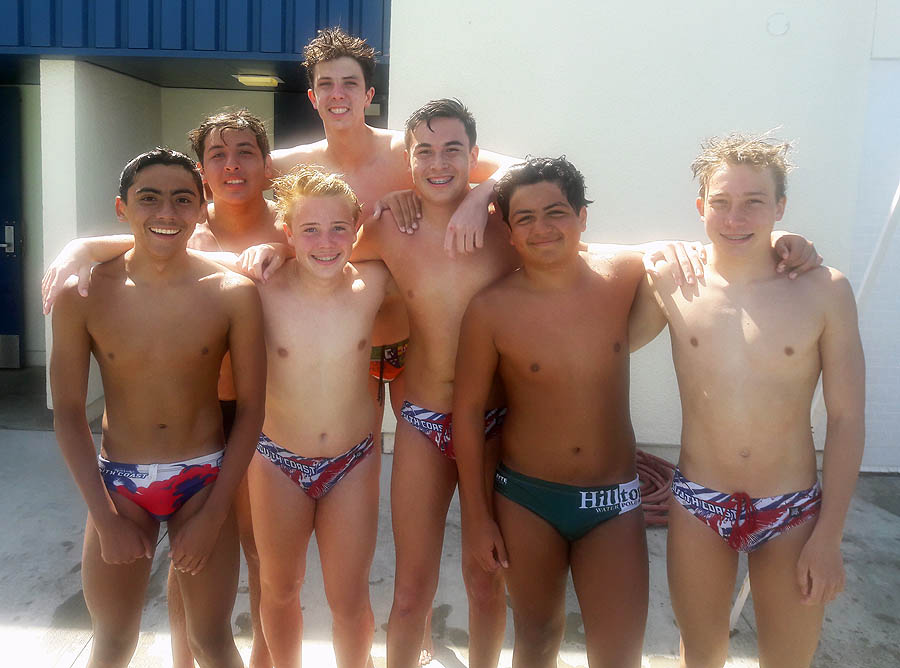 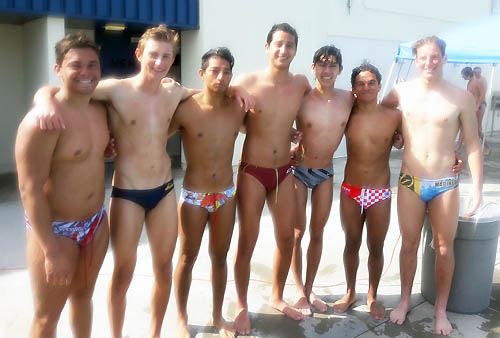 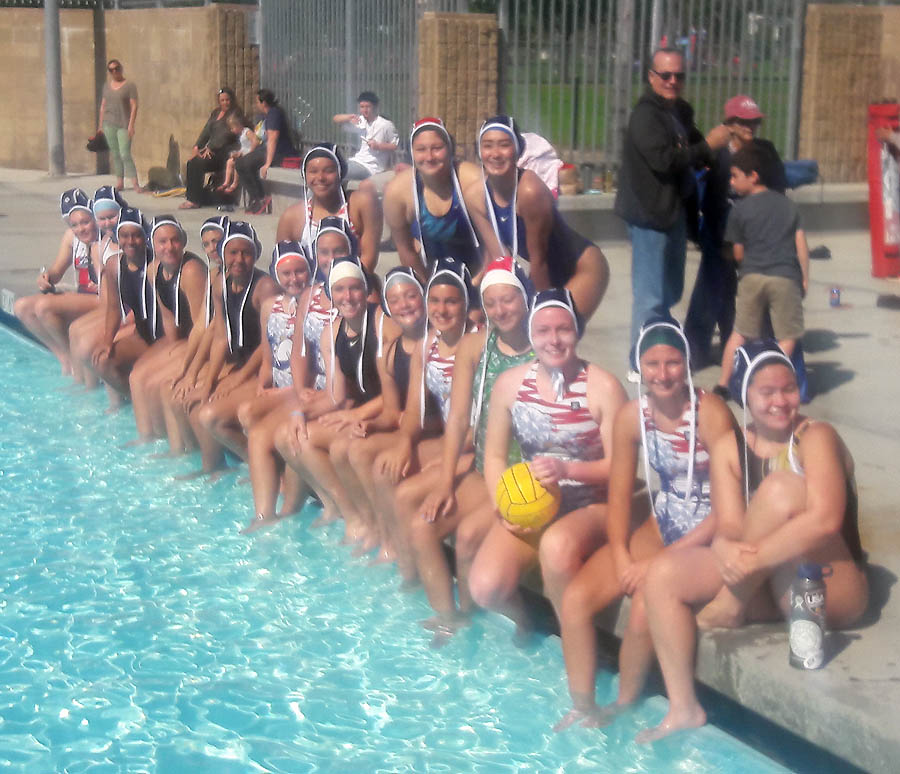