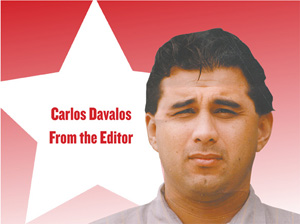 A faction of responses to President Joe Biden’s unveiling Wednesday of his Student Loan Relief for Borrowers Plan have been predictable.

The beneficiaries of the largesse are college grads or dropouts earning less than $125,000 year.

The plan does not eliminate all debt incurred by student loans. So if today you owed, for example, $30,000 then come January when student loan repayments resume best case scenario you still have to pay back $10,000 if you qualify for that $20,000 Pell Grant forgiveness.

The plan does not cancel debt owned by private institutions, only that which is owed to the federal government. So if you’re someone who borrowed money from your local bank to get through that last year of school, you’re still on the hook for every single cent.

For the sake of transparency I want to disclose that I’ll benefit from the plan. All these years later I’m still paying off my college loan debt. And when January rolls around, I’ll still have to pay some back. But the burden will be lighter. And, for that, I’m grateful.

To be honest, as much as I would have enjoyed seeing student loans entirely wiped out, I would have preferred a universal free community college program nationwide rather than the patchwork of tuition assistance programs that benefit some students but not all. Current and future students of Southwestern College surely would have benefited.

But you take what you can when you can.

Opponents of student loan forgiveness call the plan unfair to those who have already paid off their debt or who did not incur any debt to begin with.

What they are failing to account for is that the plan is intended to help those who most need and benefit from debt reduction—lower and middle income wage earners who in many cases are paying off predatory interest charges rather than principle. And the money they save on loan payments will invariably find its way back into the economy via a trip to the grocery store or other spending. Everyone wins.