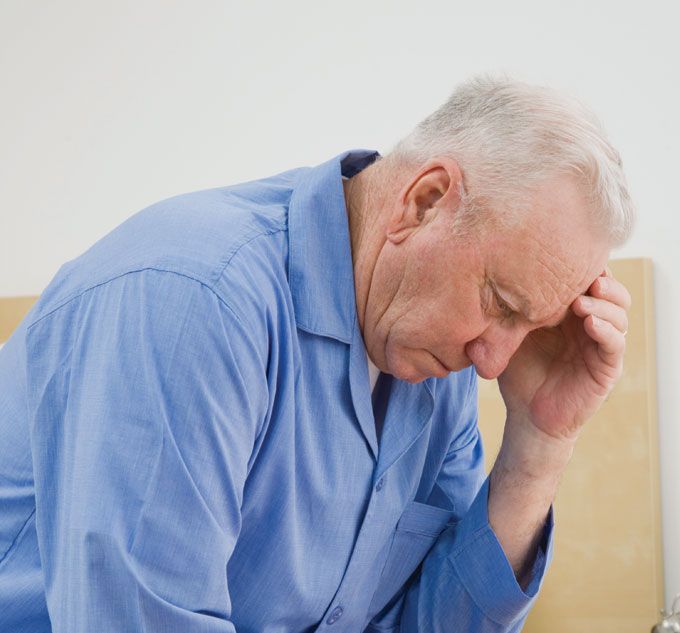 San Diego County’s Adult Protective Services serves adults 60 and older and dependent adults 18 and older, who are harmed, or threatened with harm. APS investigates elder and dependent elder abuse. On Dec. 29, the County Aging & Independent Services provided a webinar on the types of elder abuse and how caregivers, family, and friends can report suspected elder abuse.

Jonathan Tague, aging program specialist at Aging & Independence Services, a division of the County of San Diego, Health and Human Services Agency said the purpose of the webinar was to recognize different types of elder and dependent adult abuse, learn how to make a report of abuse, and understand the importance of being a mandated or permissive reporter of suspected abuse.

Tague said healthcare workers and caregivers are mandated in reporting elder abuse. Family and friends who suspect elder abuse are encouraged to report suspected elder abuse but can do so anonymously.

Some of the more common types of abuse include physical, abandonment, isolation, financial, neglect, self-neglect, and mental suffering. Tague said it is important to be aware that those who suffer from any type of dementia or Alzheimer’s disease are many times more likely to be targeted for abuse.

Tague said financial abuse can be the taking of money, property for wrongful use, or the intent to fraud.

“This is not limited to theft or embezzlement, identity theft, and it can include forgery, fraud,” he said, adding these are things to look for when it comes to indicators of abuse. “The person has excessive banking or ATM activity. Taking out large withdrawals. They have changed their will or made changes to their property. All of a sudden, they have a new person in their life, a new best friend or sexual partner, or even a caregiver. But there is really no means of support for that person.”

Tague said if these people start asking excessive questions about their finances, properties, and wanting access to their accounts, this is a strong indicator. He said another red flag is an elder in care giving large sums of money or gifts to a person that would normally be uncommon or unusual.
Tague said mental suffering includes fear, agitation confusion, severe depression, and that it can also lead to post traumatic syndrome and other mental health issues.

“We have learned from previous clients of mental suffering, the emotional distress is brought on can be far worse than physical abuse,” he said.

Tague said to look for intimidating behavior, threats, harassment, deceptive acts, and false or misleading statements. He said many times, types of abuse can be combined, such as refusing to get the medications needed unless paid to do so.

Tague said physical abuse is in the top three of cases reported to APS in the county.

“When we talk about physical abuse, it is not only about hitting or striking, but it can also mean beating, pushing, shoving, shaking, slapping, kicking, pinching, burning. Any type of force that is causing injury, pain, or impairment,” he said. “It can also mean chemical restraints [providing medication not prescribed] or physical restraints [keeping a person bound to a bed or wheelchair], inappropriate use of prescription drugs. Sexual abuse is under physical abuse as well. Any non consensual sexual contact of any kind, from touching to sexual assault.”

Tague said in telling the difference between neglect and self-neglect, neglect refers to the person taking care of a person, and that the caregiver is not provided their basic needs not filling their obligations as a caregiver. He said indicators of neglect can be bed sores, dirty clothes and bed linens, lack of food in the home, untreated or unexplained injuries, poor hygiene and oral health, inadequate heating or cooling, and caregivers not accepting a person’s limitations.

He said abandonment, isolation, and abduction are less common but important to understand.

“Sometimes people are left or abandoned at a location, so that is desertion of an elder or dependent adult,” he said, adding to ask if the elder or dependent adult has the capacity to help themselves if an emergency happens, seek help, or a call 9-1-1. “Is this person going to be okay if you leave? If the answer is no that would be considered abandonment.”

Tague said people can call authorities for assistance in this category and report it to APS to ensure it does not happen again. He said abandonment does not include hospitals, as they are considered safe havens.

Tague said abduction is rare, but an example could be a family member taking an elder out of state with promises of care, but do not provide it once they have relocated. He said the primary reason for this is for the family member to gain financial control and it becomes a problem when the person wants to leave and come back home, and they are not being allowed to. He said this is more complex, as other states, counties, agencies must become involved to fix the situation. He said in this situation it is best to report it and let APS handle it.

Tague said if you are trying to reach out to someone through phone calls or visits, and you are being blocked from phone calls, mail, or visits, even from professionals, this is a strong indicator of isolation abuse.

“Someone is intentionally isolating someone,” he said. “This is important for APS to come in and intervene and do a welfare check.”

Tague said self-neglect is a little trickier and people might not know what to do in this type of situation.

“They could have poor cognition, other poor health of physical limitations,” he said. “They could be that very proud, stubborn, independent person. It could be financial, physical limitations, and it could also be addiction. What you want to look for specifically is if the person is malnourished, dehydrated, are they untidy and unkept, do they have a chaotic home. They may have the capacity, but they do not care. Out of all the indicators we have talked about, this one is not against the law, but it is important to report this. You are opening a door for them to get the help and resources they may need and not asking for. Or you could be preventing more serious harm to their own health and well-being.”

Tague said there are indicators in looking at an abuser.
“If there are inconsistent answers when asking questions, they have a history of addiction or alcohol abuse, they are dependent of the person either emotionally or financially, they stonewall access to the person, and also, they might often speak on behalf of the person.”

Tague said 64.6% of abuses are from someone that the person knows. Family members, spouses, intimate partners, and said this is why many times abuse is not reported by the person.

“It is that fear. They love this person and do not want to get them in trouble,” he said. “That is why it is up to us as mandated and permissive reporters to report abuse even if it is family because they are more likely to actually be the abusers.”

If you are interested in a full-length virtual or in-person Adult Protective Services/Mandated Reporter presentation for your community group or professional organization, email matthew.parcasio@sdcounty.ca.gov