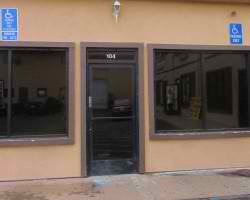 A string of medical marijuana dispensaries operating in the city of Chula Vista are facing legal action to permanently cease their operations.

Under Chula Vista Municipal Code 5.66, marijuana dispensaries are prohibited from operating in the city of Chula Vista.

Robert S. Lion and Lorraine S. Van Cleave are listed as property owners for the remaining three dispensaries. A ground lease on the property is assigned to John I. Nobel and Mahin Nobel who are also listed on the complaint.

Deputy City Attorney Megan McClurg said the judge is expected to sign the injunction sometime this week in which the city will post a closure notice on the property and order it to shut down.

A trial date for Chula Vista Meds has not been scheduled yet.

Shamoun referred questions to an attorney who did not return messages seeking comment.

The court is expected to hear the city’s injunction for the three other dispensaries in June.
McClurg said dispensary owners in Chula Vista do not have a business license to operate and if they applied for one they would be denied.

McClurg said it’s not fair for a dispensary to open when there are businesses in the city operating legally.

“I think the issue is that there are other business operations that comply with the law, that spend the money to get permits and operate their businesses,” she said. “And I think that when you have other businesses come in without the proper permits and a violation of the law, I would see that as a large problem for the city. It’s unlawful; they’re not permitted so that’s definitely the problem.”