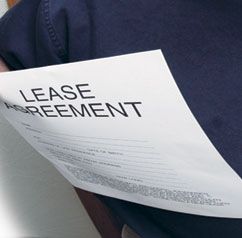 Chula Vista City Council considered two ordinances at its May 17 meeting that would change the Municipal Code with its landlord and tenant provisions. Two ordinances were up for vote. One, an ordinance to change Municipal Code Chapter 9.65 to establish residential and tenant provisions, and second, an emergency ordinance enacting a temporary moratorium on no-fault evictions for residential tenants. With Council member Andrea Cardenas absent, and Council member John McCann recused for owning more than three properties that could be affected by the ordinance, a recommendation by the Fair Political Practices Commission, the emergency ordinance could not be passed as it needed a 4-1 vote.

After hours of public comment, council voted unanimously to hold off on voting on the ordinance, requesting more data be provided to council before proceeding. Staff said it would come back with data by July 12, but Mayor Mary Casillas Salas said that if they needed more time, that the July 12 deadline could be extended.

This provision is strongly opposed by the Southern California Rental Housing Association, the California Apartment Association, the Pacific Southwest Association of Realtors, and other business groups. More than 52 people/groups spoke at the council meeting against the ordinance. Major concerns discussed were that many rental services said that in hearing about the ordinance, their customers decided to sell rather than rent, creating less rentals available in Chula Vista. AB1482, which took effect right before the pandemic shutdown and the state/city went into immediate eviction moratoriums, that the city has not allowed enough time to see the effects of the state requirements before adding more restrictions and paperwork to landlords. Several said that if this ordinance is approved it would be reason for a class action lawsuit against the city.

Council member Jill Galvez said data from the Legal Aid Society of San Diego showed that no-fault eviction disputes were less than .27% of the 33,000 rental homes in Chula Vista annually.

Council member Steve Padilla said he was not able to support the ordinance in its current form.

“As I look through it, I see a number of issues that could create many problems if we do not get this right,” he said.

Padilla said the city must be careful not to dictate to a landlord who they can rent to, that a process for enforcement is absent from the ordinance, what the process is for tenants to participate in and education program.