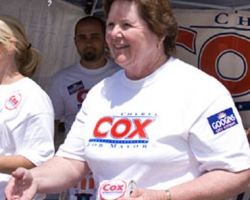 Of course it’s easy to criticize when you’re seated in the cheap seats. Up here in the nosebleeds, perhaps the only benefit of being so far removed from the action is that you get a broader perspective of the game below. That vantage point is especially useful when you’re watching the rough and tumble game of politics.

This week’s State of the City address by Chula Vista Mayor Cheryl Cox was, at best, your average pre-season yawner. It was a football game where the final score is 6-3, no touchdowns are scored and only a couple of plays are worth waking up and taking notice.

“We need to control government spending and we must not spend more than (we) have. As your mayor I will continue to insist on financial accountability,” Cox said.

She went on to acknowledge that municipal employees were asked to make sacrifices by giving up or delaying pay rises.

That’s all well and good. But the Jumbo Tron in my head replayed a City Council meeting from last summer when the mayor and council voted 3-2 to roll city car allowances for senior managers and executives into base pay after cutting them by 10 percent.

Councilmen Steve Castaneda and John McCann voted against the measure. They, along with Councilman Rudy Ramirez, had already given up their perks by then, meaning it was only Cox, and councilwoman Pamela Bensoussan, who would continue receiving roughly $4,300 and $10,800 respectively in car allowances.

Bringing up financial accountability and lauding city employees for the sacrifices they make while at the same time having a record of not trimming all the fat from your own budget seems like the wrong play call. If you’re trying to portray yourself as a team player, that’s hardly the way to do it.

Cox did crow, and rightfully so, about the success the once moribund Chula Vista Nature Center is having, with attendance last year at more than one million people. The mayor has been a consistent champion and supporter of the center and it’s probably due, in no small part, to her persuasion and cajoling that it’s found as much financial stability as it has so far.

But by and large, the State of the City address was more of the same: Hard financial times ahead, we’re turning the corner, sacrifices must be made, yadda, yadda, yadda. Not bad, not great.

The problem with that, however, is that if you settle for not bad, not great you get mediocrity. Team Cox is better than that, right? Right? 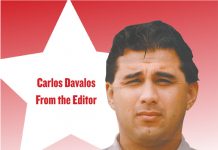