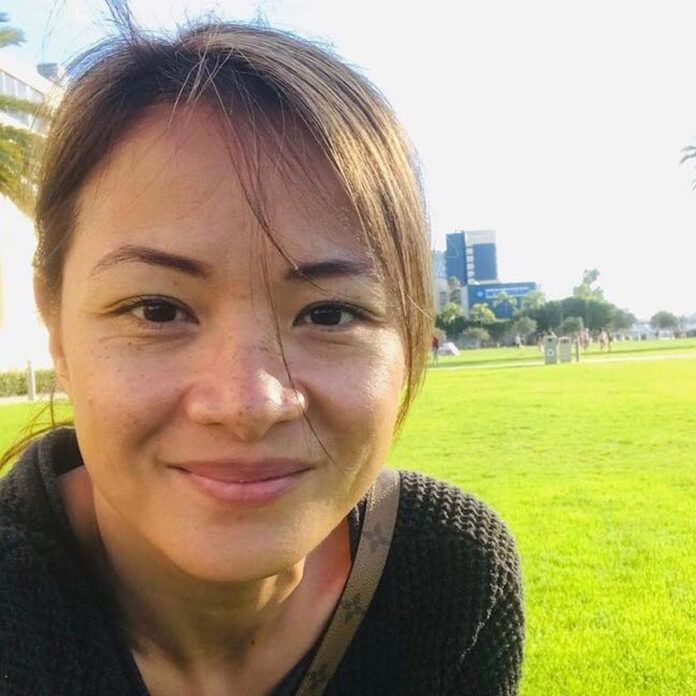 Jan. 7 marks one year since Chula Vista wife and mother May “Maya” Millete was last seen, beginning a year-long search with hundreds of volunteers joining in the effort to find her, searching through San Diego County and beyond.

Her sister, Maricris Tabalanza-Drouaillet, said this has been the “longest, painful year” that the family has ever been through.

“The struggles of just not knowing, going through all of the searches, and the unknown has been terrible to say the least,” she said. “I could have never imagined our family going through all of this. It has been heartbreaking and painful for the entire family, but in a way, it has made us stronger as a family with the unity that we have together.”

Drouaillet said just knowing that they have strangers out there that do not even know them that have stepped up and stepped out in searching for Maya has really helped the family.

“I never thought this would even be possible,” she said. “These strangers are willing to help a family that is in need and showed us that there are many good people out there. In a little world, these people sympathize with us, send us messages of encouragement and support. It is amazing. It uplifts us knowing that there are people out there that are willing to help us find my sister.”
Drouaillet said they have learned a lot throughout this past year throughout the searches. She said in the beginning they were conducting searches at least a few times a week, then it went to a weekly basis searching both Saturdays and Sundays.

“There are times when we were doing searches at the same time at three different locations,” she said. “Sometimes two locations at the same time. The searches have become less now, especially during the holidays, but our teams are ready to go back out again searching every weekend. The teams are not giving up, and we have gone this long, and we are not giving up either.”

On Dec. 27, Find-9-1-1 arrived from Wyoming utilizing ground penetration drones in Glamis, California, a place that the family went in May 2020.

Drouaillet said this was just another example of how the family has been supported, not only by local volunteers, but from people across the nation.

“These have all been volunteer led searches,” she said. “We have never had any professional search teams that stepped out and helped us, but we were able to contact Find 9-1-1, and came down right after Christmas, driving two days from Wyoming. He had a drone that was able to scout and get some data from the Glamis area, which was an area that we really wanted to search. It is a huge area to search, and they were able to help us with the technology that they have.”

May Millete’s three children, ages 11, 10 and 5 years old, are currently in custody and care of her husband Larry Millete’s parents Benito and Judith Millete. Drouaillet petitioned for temporary guardianship of the children in November 2021, but the judge denied the request. An agreement was reached in Sept. 2021 that May Millete’s parents could have weekly in-person visits with the children. A guardianship hearing is set for Jan. 19 in probate court. Drouaillet said they can visit the children every Sunday.

“That has been great in trying to create that relationship back with them,” she said. “It was hard because we had not seen them for about 10 months before the court granted us to be able to see them. Building a relationship has been hard and we do not really know what they have been told. It is tough, but we are optimistic that we will be able to build our relationship back together again. Not just me and my husband, but with the rest of the family too.”

Drouaillet said she is grateful for the people that have supported them and continue to do so.

“We are telling them that we still need their help and to continue bring awareness that they are still missing her sister,” she said. “We want to get together in prayers this Saturday because we are grateful to the community. Not just people in San Diego, but across the nation. We are very grateful for them.”

On Oct. 19, the Chula Vista Police Department and the San Diego County District Attorney’s Office the arrest of Larry Millete for the murder of his wife in a joint press conference. Larry Millete was charged with murder and with illegal possession of an assault weapon. If convicted, he faces life in state prison. The DA’s office filed the case based on evidence in a nine-month investigation in collaboration with the Chula Vista police, that led the investigation, a team from the DA’s office, along with support from the FBI and Naval Criminal Investigative Service.

District Attorney Summer Stephan said that case law would be used in this case and that a missing body is circumstantial evidence of foul play. At that time, the CVPD had included over 67 search warrants, 87 interviews, review and investigation of over 130 tips, and thousands of hours of methodical investigative efforts.

“These efforts ultimately generated a variety of pieces of evidence that have become clear and overwhelming. Larry Millete, May’s husband, is responsible for May’s murder and disappearance. Today is a step towards justice, but it does not mark the end of our investigation,” said CVPD Police Chief Roxana Kennedy.

Investigators found:
• Starting in 2020 and continuing to Jan. 7, 2021, May wanted a divorce, her husband did not. On Jan. 7, the last call recorded that May made was with a divorce attorney and set an appointment for Jan. 12. She made no further calls. Larry Millete was aware, sending text messages to his boss that the divorce was coming.

• Millete resorted to contacting “spell casters” asking for May to remain in the relationship, then became more threatening, asking for May to become incapacitated, in an accident, to have broken bones so she could stay at home, displaying his homicidal idealizations to harm May.

• Millete sent a text message on Jan. 7, saying that May “wanted him to snap” and he was “facing inside, be ready to snap.” He also screened shot his crypto currency account to his two daughters, ages 11 and 9.

• On Jan. 9, Millete’s messages to spell casters, changed from May to a man he wanted to punish for the failed relationship. This was before May’s sister Maricris Droualillet reported her missing

• On Jan. 8, security footage showed Millete at 5:15 a.m. moving his black Lexus GS460 with a MAYLANI license plate backed into the driveway but was repositioned it with the back end in the garage, where no video camera could capture whether a body was put in the back of the Lexus or not. Millete left at 6:45 a.m. and did not return to the house for 11 hours and 21 minutes with his 4-year-old, leaving the older children at home. He left his phone behind with no ability for GPS tracking. When asked by investigators, he said he went to Solana Beach with his daughter. When shown a map, he pointed to Torrey Pines Beach.

• On Jan. 8, Millete’s employer called Larry Millete, and May, wondering where he was and that it was unusual for him to miss work. His father called with no response. In a search warrant, download showed Millete was at his home address, two and a half hours before returning to the home.

Larry Millete pleaded not guilty at his first appearance in court on Oct. 21. Larry Millete remains in custody with no bail. Future court appearances for Larry Millete are currently set for Feb. 28 at 1:30 p.m. for a status conference, and April 12 at 8:30 a.m. for the preliminary hearing. Both hearings in South County Department #9.

Due to the ongoing investigation, the CVPD and the DA’s Office were unable to comment about the case.