Both are milestones for the Red Devil Nation.

And both will be celebrated.

“In preseason meetings with my coaches we had the idea of starting an award to commemorate some players or coaches who have made an impact not only for the program but for the community they grew up in after graduating,” current SuHi head coach Diego Espinoza said.

“It seemed that despite the program’s success and impact in the community we had done very little to recognize the key figures of the past 50 years,” the Red Devil bench boss explained. “I felt that in comparison to coach Aguirre’s Sweetwater Basketball Hall of Fame the soccer program had come up short.

“So, after coming up with the idea we immediately thought of Hernan Baeza (class of 1997) and Joe Corona (class of 2008) as the first recipients of the Sweetwater Soccer Legacy Award. As players, they both helped bring CIF titles to Sweetwater — the only two we’ve won so far — and have since gone on to have great success after graduation. Moreover, they’ve both contributed so much to the community in their own respective way.”

Espinoza had hoped to bestow the awards at school before a game but the restrictions from the COVID-19 pandemic meant a video presentation was the best option.

“We hope that as the new season comes along we’ll be able to recognize them on the field, but with COVID, it’s all up in the air,” Espinoza said. “We did send a small care package to each with a team jacket and individual award.”

Both Baeza and Corona have been excellent ambassadors to the community.

Baeza led Sweetwater in season scoring with 17 goals and six assists en route to earning honors as the section’s Division II Player of the Year. He went on to attend San Diego State University and become an educator in both the National School District and San Diego Unified School District.

He is currently serving as principal of Kimbrough Elementary School in San Diego.

“I would like to say that I am tremendously humbled to receive this award,” Baeza said. “My years playing at Sweetwater are definitely very memorable. The camaraderie between my teammates was like no other.  We had been so close the previous years on winning the CIF banner. My sophomore year we made it to the final and lost 2-1. My junior year we lost in the semifinal.

“We finally won the CIF banner my senior year. Winning the first CIF banner for Sweetwater soccer will always be one of the most special moments in my life. We did it together as a team and I know that these experiences playing at Sweetwater have definitely helped shape me into becoming the person that I am today. It taught me the importance of teamwork and collaboration. It has also helped me see the importance of never giving up and always trying my best. I will always be appreciative of the entire Sweetwater family.”

Corona received a scholarship to attend SDSU and scored three goals and had an assist in 15 games with the Aztecs in 2008.

He left SDSU for personal reasons and continued his youth career with Club Tijuana from 2009-10 before joining the senior team from 2010-19.

During his tenure with Club Tijuana, he also played on loan for Veracruz, Sinaloa and Club America.

He has been a member of the Los Angeles Galaxy of Major League Soccer since 2019.

He made 180 appearances for Club Tijuana, scoring 12 goals. He has appeared in 46 matches for the Galaxy with two goals.

He has had a decorated career at the international level, making an appearance for the Mexican U22 team in 2011, earning four caps with the USA U23 team in 2012 (with four goals) and 23 caps for the U.S. senior men’s team (with three goals) from 2012 onward.

He scored three goals for the USA U23 team in a 6-0 win over Cuba in an Olympic qualifying match in 2012. He later scored the go-ahead goal for the American side against El Salvador with an Olympic berth on the line.

Corona’s tally gave the USA U23 team a 3-2 lead but a late goal by the El Salvadorans earned them a 3-3 tie and, in the process, knocked the young Americans out of qualifying.

He later helped the United States earn a berth in qualifying matches to the 2014 FIFA World Cup. He has won two CONCACAF Gold Cup championships with Team USA — 2013 and 2017.

The legacy award carries much meaningful value for the program, according to Espinoza.

“As an alumnus myself, I know that each former student has strong ties to the school and the community wherever they end up after graduating,” he said. “For the current players it exemplifies what they can accomplish on and off the field with actual former players that they can see as said examples.

“As for the alumni recipients it’s a great recognition of what they did as Red Devils and what they’re doing now.” 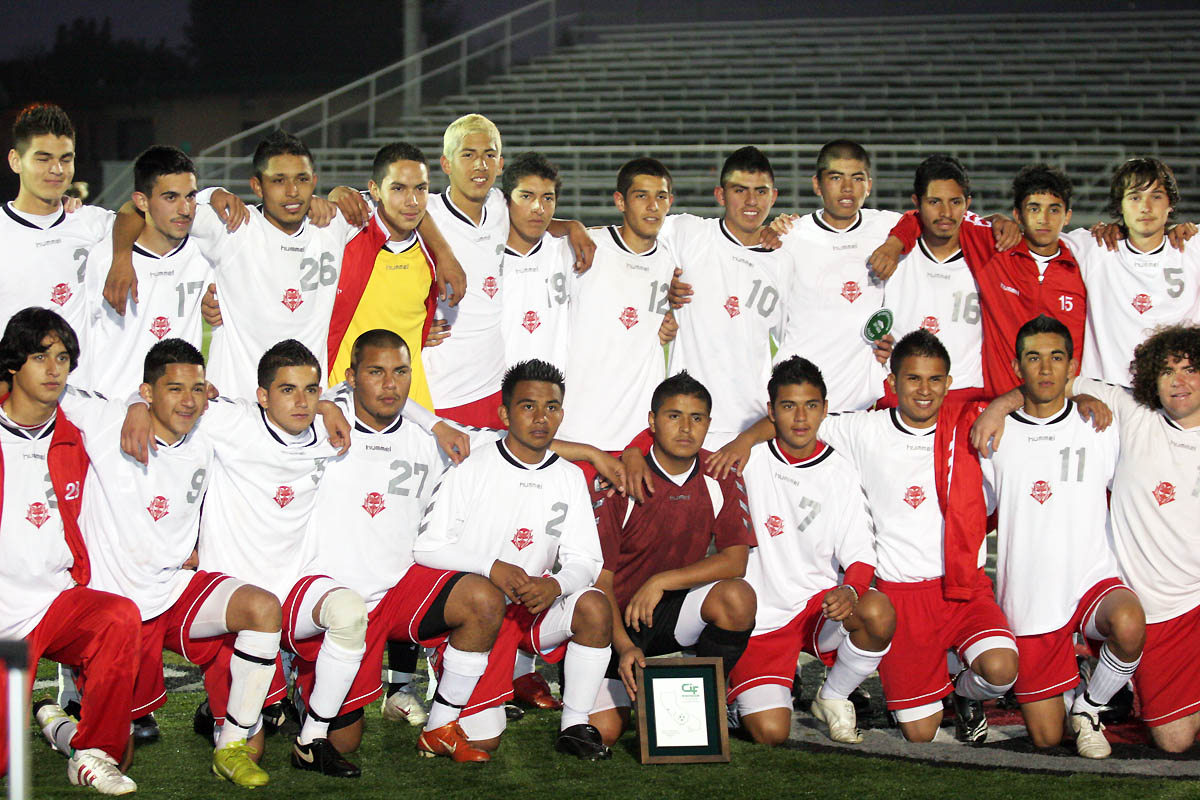 Blast from the past
The 1997 Division II championship was the first CIF banner for the program in school history after a pair of runner-up finishes in the final in 1991 (2-0 under head coach Mike Morey to Valhalla, coached by the legendary George Logan) and in 1995 (2-1 under Lopez to San Pasqual).

The Red Devils finished the 1997 campaign with a glowing 14-6-2 record (10-3-1 in league as the runner-up to Bonita Vista). Sweetwater entered the CIF playoffs as the No. 3 seed and defeated Hoover, 3-1, in the quarterfinals on the strength of two goals by Baeza, a senior midfielder.

The Devils upset second-seeded Patrick Henry, 1-0, on an overtime goal by Juan Carlos Jauregui in the semifinals.

Jauregui scored both goals in the championship game — the first in the ninth minute and the second with seconds remaining in the contest. Senior goalkeeper Marcos Navarro made 14 saves to preserve the shutout victory, keeping the lead on the strength of several cat-like saves.

Sweetwater benefitted from a solid defensive effort against the top-seeded Bulldogs (19-5-2).

Corona, a three-time all-league selection (2006-08), earned recognition as the 2008 Mesa League Player of the Year while being named to the All-CIF First Team. 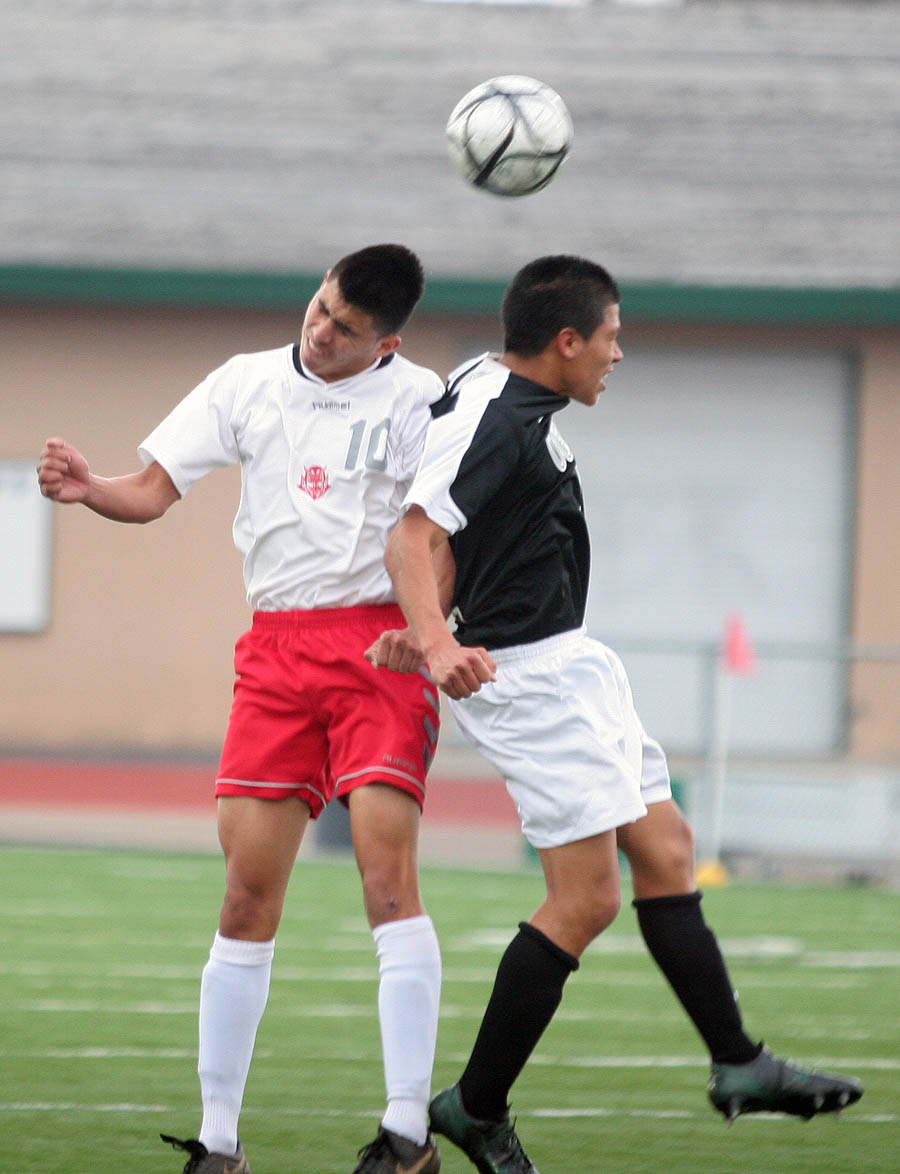 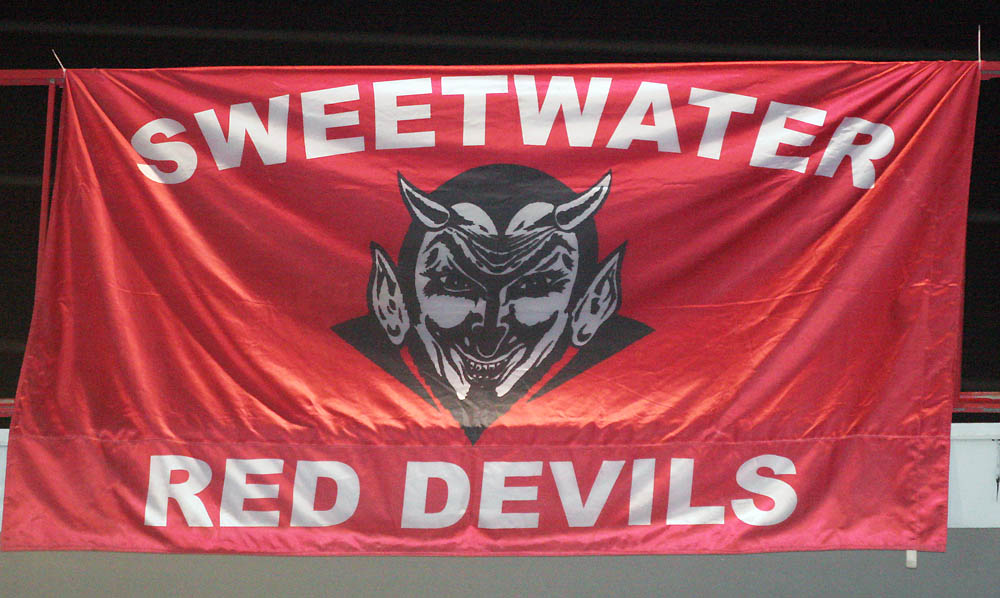 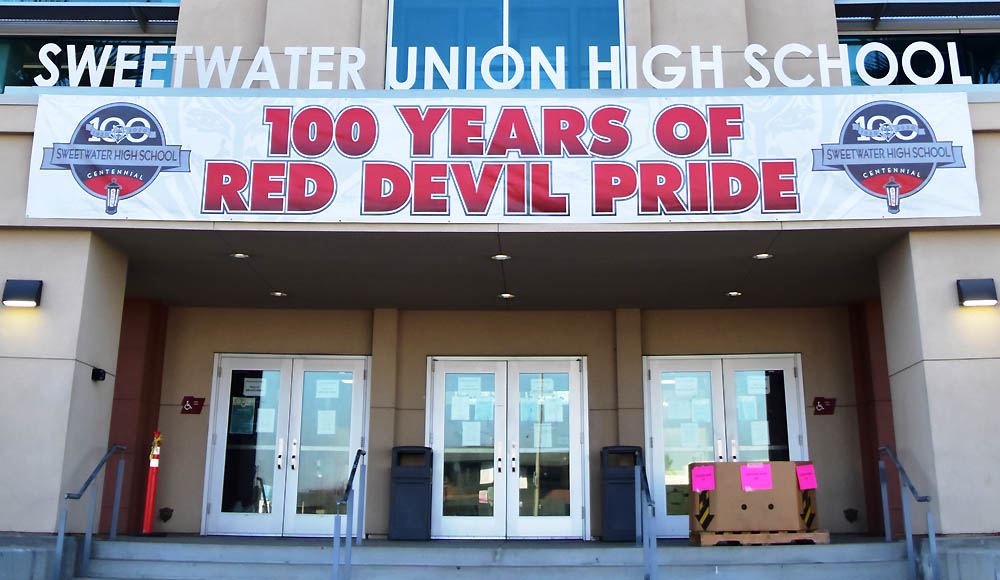