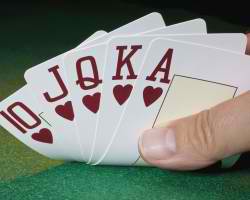 According to civic and community leaders Seven Mile Casino owner Harvey Souza has donated thousands of dollars supporting South Bay YMCA, the South Bay Community Services and local service clubs. Between 2011 and 2013, for example, he contributed $8,500 to the International Friendship Games in South Bay.

But Souza—who owns the city’s only card room and has exclusive rights to the one operating license—also extends his generosity to those who are and would-be elected to legislative bodies, institutions that could affect the industry in which he makes a living—gaming.

According to the California Secretary of State’s website, Souza, 73, has donated $53,254.02 to candidates and committees in state elections since 2001, when he first gave $100 to venture capitalist Steve Westly in his bid for state controller.

Rep. Juan Vargas,(D-Calif) who currently represents the South Bay in Congress received $1,000 from Souza in 2011 for his state senate run.

And just last year Souza supported State Sen. Isadore Hall’s bid for a Congressional seat with a $5,400 contribution to his campaign.

In 2014, Hall was named chairman of the Senate Governmental Organization Committee.

Hueso also sits on the committee.

San Diego Mayor Kevin Faulconer benefitted from $3,000 from Souza in 2013.

Derrick Roach, the former secretary of the Republican Central Committee, said there might be more contributions that are unaccounted for.

“I was treasurer for David Gomez, a Democratic candidate that ran for San Diego City Council in 1998. (Harvey) Souza frequently donated $99 each reporting period to our campaign so that it wouldn’t be reported,” he said. “There’s a lot more money he’s donated that isn’t accounted for.”

The California Fair Political Practices Commission requires local candidates to report any contributions of $100 or more.
Souza’s largesse, however, doesn’t end at the state level. He also is a heavy contributor in Chula Vista politics, contributing more than $17,000 in Chula Vista elections since 2002.

Some of those donations were made to four of the five current Chula Vista council members and current city attorney Glen Googins, campaign records show.

Only appointed Councilman Steve Miesen had not received contributions from Souza.

Councilwoman Pat Aguilar received a total of $610 in her 2014 re-election bid.

Mayor Mary Casillas Salas received $300 from Souza for her 2012 council race, then received the same amount from Souza in 2014 for her mayoral campaign. Candidate and former councilman Jerry Rindone received a $200 and $310 contribution in the mayoral primary and general elections respectively.

McCann received a total of $610 for his city council campaign in 2014 in his victory over former mayor Steve Padilla.

Souza was a frequent donor to Councilwoman Pamela Bensousan’s campaigns, spending $1,210 since 2009.

The city of Chula Vista’s campaign contribution limit is $320 per election.

“I think he has made much greater impact by his charitable contributions,” Bensoussan said. “Candidates, they’re happy to get contributions, but I don’t really know of any instance where it buys political capital or anything like that. People invest in good government and according to whoever they have confidence in.”

Bensoussan described Souza as a “civic leader” for his contributions and charitable work throughout the decades.

“His political contributions are probably to people that he thinks will continue those civic causes that he supports” Bensoussan said.

“A $610 contribution total has no effect on me, and any of my decisions politically, none whatsoever,” she said. “Even if it were more than that, it wouldn’t have an effect on me.”

One former councilman thinks Souza, like any donor, does have some influence on the dais.

“He’s a businessman, he’s no different than any other entity or business in Chula Vista, or someone that’s interested in Chula Vista whether it be the people that are going to build on the bayfront or people that are building in eastern Chula Vista or anything,” he said. “They all give campaign contributions because they want access to city hall and I don’t see him being any different.”

Castaneda said although Souza has donated to his campaign, Souza never called him asking for anything, but he said that doesn’t mean Souza hasn’t called other elected officials.

In March 2015, the city council including Aguilar, Bensoussan, Casillas Salas and Miesen approved an item to expand the number of tables for the Seven Mile Casino from 18 to 20 as well as the move from its old location on Broadway to Bay Boulevard. McCann was absent from that meeting.

The expansion of tables is said to bring in more revenue for the card room.

Council members say they voted to increase the number of casino tables because it was in the best interest of the city.

“The city of Chula Vista benefits somewhere in the neighborhood of a half a million dollars (in taxes from Seven Mile Casino),” Bensoussan said. “That’s pretty good for the bottom line of our general fund.”

In 2004 and 2009, Souza wrote $1,000 checks for Beautify Chula Vista, an event that encourages residents to clean city streets of trash and debris and painting over graffiti.

Seven Mile Casino has also been listed as a sponsor for HarborFest, an event promoted by Bensoussan.

Harvey Souza isn’t the only Souza that helps fund campaigns. “Bette” Souza gave about $14,490 in both state and local elections as far back as 2000.

Ramirez raised a combined $4,500 between 2006 and 20ll from Bette for his council and assembly races, respectively.

The Souzas’ daughter, Kelly Keanne Souza, pledged a total of $600 to Salas’ re-election campaign in 2012.

Former Chula Vista Mayor Cheryl Cox received $300 from Harvey Souza the first time she ran for mayor in 2006. She received an additional $300 from Bette that year and in 2010.

Before Cox was elected mayor, she worked as a consultant for Souza, assisting him in expanding his gambling establishment, which the council approved.

Souza is one of 25 defendants indicted in what the U.S. District attorney calls the biggest illegal gambling prosecution case in San Diego County in recent memory. He faces one count of failing to provide an anti-money laundering program.

Souza was released on $40,000 bond on Dec.11. Seven Mile Casino was temporarily ordered to shutdown when it was raided on Dec.9. The state’s attorney general’s office allowed the reopening of the casino on Dec. 30 after the casino followed numerous guidelines ordered by the attorney general.

Souza’s next court hearing is scheduled for Jan.29.

Aguilar said she would let the case take its course.

“If he’s convicted, I would have to think seriously about returning the contribution,” she said.