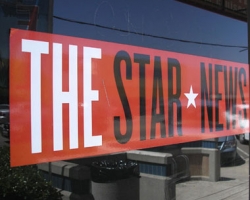 I try to avoid jumping to conclusions or having knee-jerk reactions. It’s better to think things through and weigh the variables before acting on emotion.

That’s why I wince when I see citizens and lawmakers clamoring for more laws regarding accused predators like John Albert Gardner III. Every time someone proposes new legislation on the heels of a tragic event, something goes wrong. The new law is not thought out properly and problems emerge later.

We have sufficient laws on the books now to keep guys like Gardner in check. Let’s just enforce them and give the agencies sharp enough teeth to do their jobs.

I’ve known Dave Hendren for over 15 years. As prosecutors go, they don’t get any better. He’s hard working, conscientious, thorough, and has a strong sense of justice.

Some prosecutors only care about getting a guilty verdict or plea, and to hell with victims and witnesses. They only care about putting a check mark in the “guilty” column. Not so with Hendren. He’s a class act. He accepted Gardner’s guilty plea to avoid having the victim testify.

She was not a small child lured away from a park on the pretext of helping find a non-existent lost puppy. She was old enough to know that accompanying Gardner in his car was wrong. It was racy, dangerous, and forbidden. Her mother would not have approved, and she knew it.

When Gardner came on to her sexually, the victim resisted. Gardner reacted violently and the rest is history. She did not want to testify and Hendren did not want to subject her to a vicious cross-examination by Gardner’s attorney. She would have been reduced to tears in short order.

Sure, Gardner should have been tossed in the bucket again for being a bad boy while on parole. The parole officers should have closely examined what the shrink meant when he wrote that Gardner was a rotten guy. That system should be examined.

Please don’t make a new law on the spur of the moment that will result in a mountain of appeals later on. Let us make the laws work that we have now.

My heart goes out to the families of Amber Dubois and Chelsea King. If I were either of their fathers I honestly don’t know what I would do. Most likely I would be sitting in a depressed stupor staring at the wall, numb to life, not caring if I lived or died. Or, and I know my parish priest, Father Luke wouldn’t approve of this, I might be finalizing my plan to circumvent the metal detectors in the courthouse to ensure Gardner received even swifter justice.

Neither option is palatable.

I subscribe to two newspapers and read two more on line every day. When done, I bring up the on-line edition of the print papers so I can read the blog entries after the article. The comments are interesting.

I was surprised when I read about the $2.2 million verdict against Chula Vista and our five police officers. What caused me to choke on my coffee was that one million of those dollars was levied against the officers personally. “Punitive damages” means they have to pay the dough themselves, usually by emptying their bank accounts and selling their houses.

True, the city can opt to pay the officers’ portion, and they still might, but that has yet to be decided.

What surprised me even more was reading the blogs in the on-line edition. The bloggers hated the Chula Vista cops, calling them all variety of derogatory names and basically writing that the cops deserved the harsh penalty. The bloggers’ negative comments about all police officers in all jurisdictions were equally troubling to me.

I’ll be writing more about this case and its aftermath in the future as things develop. I’ll wait because I don’t want to engage in reactionary and knee-jerk writing. 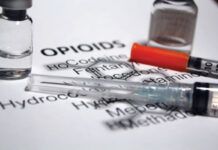