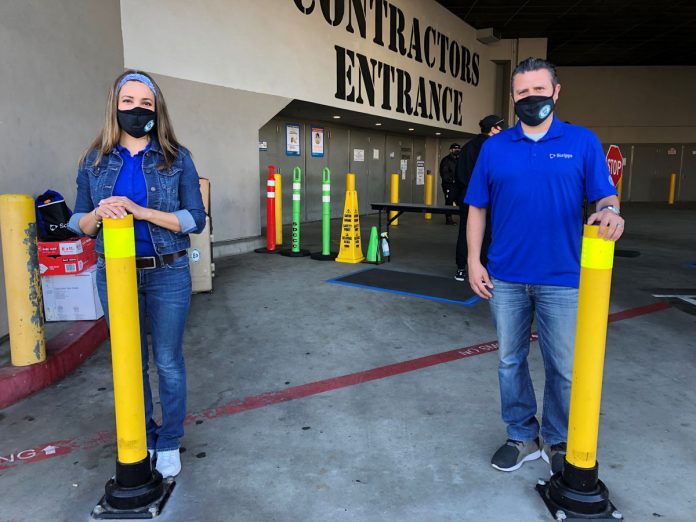 Mercy Outreach Surgical Team began at Scripps Mercy Hospital in 1987, with its early beginnings being the Nurses of Mercy that brought kids over from Mexico on a bus that needed medical help for cleft palate, crossed eyes, hernias, burn scars, and other types of surgeries. After 9/11, it became exceedingly difficult to bring kids across the border, so with the help of the Scripps Health Foundation, MOST created a group of volunteers, and began to go to different parts of Mexico. Now, practitioners, staff, and volunteers from different hospital systems across the county volunteer their time for MOST missions.

Due to the COVID-19 pandemic, MOST has not held a mission to Mexico since 2019, but on June 12, it came back to its early roots, providing vision care to the approximately 1,000 unaccompanied migrant children at the San Diego Convention Center shelter. This is the first time in 20 years that the organization has served a mission in San Diego. Thirty-five MOST volunteers screened 615 youth ages 13 to 17 and provided glasses for 85. The team consisted of optometrists, ophthalmic volunteers, nurses, and other volunteers who provided interpretation, traffic control and administrative tasks.

Moving to Chula Vista when he was 11 years old, Everardo Gutierrez, Scripps Health project manager, has been a volunteer at MOST since 2008. He said his first mission was while his wife, Thelma Sotelo was pregnant, and he felt a need to do something for the kids. He found out about MOST and its missions through a close colleague at work who was heavily involved in the missions.

“I went on a mission trip to Mexico and while I was there, I saw so many kids who needed surgery,” he said. “I got hooked. Just seeing the kids smile and being able to help all those people brought me so much joy. I showed pictures to my wife, and when my son was born, he was perfect. We were so grateful for that, we decided to always be part of this team.”
Now, his wife and he both volunteer for MOST. Gutierrez said this San Diego mission is his 20th mission with MOST.

Gutierrez, 39, said during one of his trips to Mexico, a young girl made an impression on him that he will never forget, and it constantly reminds him why he continues to volunteer for MOST.

“When I saw the little girl, she was so shy, with her hair down covering her eyes. She had come in for vision surgery for her crossed eyes,” he said. “When the ophthalmologist saw the child and decided to do surgery, after the surgery I saw her. She was completely different. The way she walked, she talked, she was like a different person. We are not only doing surgeries, but we are also actually changing lives. And the parent was so grateful for the surgeries, so we are not only helping the children, but we are also changing whole families.”

At the June 12 event, Gutierrez volunteered to help with traffic control and said that there are so many ways that people can get involved.

“MOST is funded entirely through philanthropy, so I am grateful that all of this is because of people that donated their time and money to MOST,” he said. “This would not be possible without their support and if people are interested in getting involved with most, I would encourage them to do so.”

In Mexico, MOST volunteers typically perform hundreds of surgeries per mission – and more than 14,000 overall since its founding. MOST also added a vision program in 2004 that provides more than 100 pairs of eyeglasses per trip to children in need.
For more information on how to donate or volunteer for MOST, visit www.scripps.org/mercymost.