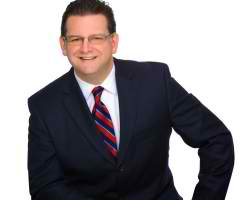 I have served on the Board of Directors of the Otay Water District for the last five years and was recently the Board President. During this time, I have come to truly appreciate Otay as a local institution of values. I have been proud to call Otay one of the best run public agencies in the State of California. We have an immensely talented and dedicated staff of 135, and I unabashedly tell Otay customers just how well they are being served by Otay’s staff. The staff is not only talented,  they are also very diverse and reflect the wonderful and rich diversity of our community. The diversity of Otay is not happenstance—we truly have a culture of acceptance where all are valued and serve our customers as integral parts of the whole. More of the world should be like Otay and our South Bay community.

In November of last year, voters in our Division 4 elected the newest Board Member, Hector Gastelum. Recently, the news media was drawn to comments made by Gastelum on social media. Reports told of multiple tweets and Facebook comments denigrating Muslims as being “subhuman monsters,” “scum,” “pedophiles,” and “uncivilized” rapists and murders, and discussing how Muslim men mistreat women, among other comments. Sadly, Gastelum made broad sweeping generalizations which unfairly labeled all Muslims in a most deplorable and offensive way. The public outrage over the comments was immediate and has justifiably continued. In response to Gastelum’s comments, two concerned Board members crafted a resolution reaffirming Otay’s commitment to diversity and inclusion for consideration at our Board meeting last week. We wanted to separate Otay from Gastelum’s deplorable rants and also provide an opportunity for a public discussion about the topic of inclusion, as we had received strong indications that the public wanted to discuss the matter.

At the March 1 Board meeting, instead of the typical items such as relining reservoirs before a public audience of zero, we spent over two hours listening to well — spoken and respectful members of the community (including about ten Southwestern College students) eloquently describe how harmful and hurtful Gastelum’s comments were, not just to the Muslim community, but to our entire community. When asked for an apology, Gastelum doubled-down and solicited support from the audience for branding an entire religion on the basis of the horrible acts of a radicalized ultra-minority. Gastelum was unrepentant; his non-apology “apology” fell short, leading the crowd to chant, “Resign—Resign—Resign.” Absent a resignation, many have said that they will launch a campaign to recall Gastelum. A recall will distract our attention from the job voters elected us to do—providing water service. A recall will also cost the District and ratepayers vast sums to pay for a possible special election. Otay now faces these prospects all because Mr. Gastelum felt that he had the right as an elected official to engage in religious insults and blatant religious intolerance. Well, he doesn’t.

After much reflection, I believe it would be best for the District — and the whole community—for Mr. Gastelum to resign. Being a board member of a local public agency is more than just making decisions on agency business — it is also about Community Leadership. Mr. Gastelum has simply lost community confidence. I have yet to talk to a single person who is not outraged by Gastelum’s actions. He has shown an inability to connect the dots between comments he makes and their devastating impact. Sound judgment is a fundamental prerequisite for holding office. Gastelum lacks the qualities to be an effective leader. I call on leaders in the community to join me in requesting his resignation. We deserve better!

Thompson is an Otay Water District Board member and representative of Division 2.