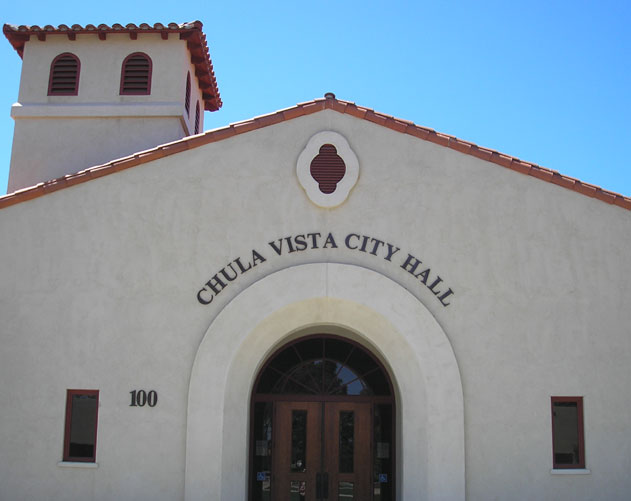 Chula Vista resident Peter J. Watry Jr. in June filed two complaints to the Chula Vista city clerk, one against Council member John McCann for using a legal defense fund in 2015 to solicit and accept contributions in a lawsuit where he was the plaintiff, and another against Council member Andrea Cardenas for soliciting and accepting extensions of credit during her 2020 campaign, ending up with nearly $36,000 in unpaid bills.

Watry claims both council members violated Chula Vista municipal code, asking that the matter be investigated and to take appropriate actions to enforce the law.

On June 14, the city clerk forwarded the complaints to outside counsel as required by CVMC 2.52.140.

Watry claims that McCann violated CVMC 2.52.120 when he opened a legal defense fund on Nov. 24, 2015, under a defamation lawsuit that he initiated against San Diego Building and Constructions Trade Council, AFL-CIO on Oct. 16, 2014, claiming that he was the plaintiff.

“There is no question that McCann initiated the lawsuit and was the plaintiff, not the defendant, and that he opened the McCann Legal Defense Fund only after he had lost his case in court and was liable for the defendants’ legal costs.”

Watry claimed McCann began soliciting and accepting “contributions to repay his loan to his legal defense fund,” and between May 25, 2016, and March 1, 2021, he solicited and accepted contributions ranging from $1,000 to $12,000, including contributions from companies and individuals directly connected to projects, contracts, and items voted on and approved by City Council.

“The defamation lawsuit McCann filed is not a ‘criminal or administrative prosecutorial action against’ him so it fails the first test in CVMC 2.52.120, therefore making all of the contributions to the McCann Legal Defense Fund would be considered contributions and subject to the CVMC dollar amount limits, as well as being limited to only being from a person, not an entity.”

In response to a request for interview with The Star-News in May, when a story citing campaign irregularities was published in La Prensa,McCann emailed: “In 2014, I won the election to City Council. Lawyer John Moot failed in suing me to overturn the legal election and Moot lost again with a unanimous decision in appeals court. I was personally targeted by special interests with lies to attack and defame my character, as they are doing again. I and the opposing party both signed a confidentiality clause that prohibits either party from discussing the case. Legal expenses for these lawsuits were recovered properly in accordance with California state laws.”

Googins said it is not appropriate for him to comment on state law as it is overseen by the Fair Political Practices Commission and the office of the Attorney General of California, those agencies would be the ones that would interpret a law complaint in this area.

“But this provision in our code, or local law, just says that if a contribution that is made meets the criteria in the language of CVMC 2.52.120, then the restrictions in our code on who can donate and the amounts that can be donated do not apply,” he said. “So, there is nothing in our local code that says the amount that can be contributed or by whom. All our local code says is the rules regarding individuals and contribution limits do not apply if in fact the payments qualify for legal defense fund treatment.”

Watry claimed that Cardenas benefited from the use of campaign mailings without paying for the materials, printing, processing, mailing, and postage when she did not have enough money in her campaign bank to pay for those materials.

“The City states that “a loan or extension of credit” is a contribution and doesn’t include any time frame for extensions of credit to be paid before becoming a contribution, therefore limiting them to the contribution limit of $350 [$360] and also the limitation that they be from a person, not an organization.”

Watry claimed the fact that Cardenas works for the consulting firm Grassroots Resources that ran her campaign, owned by her brother Jesus Cardenas, “makes her violations even more egregious.”

CVMC 2.52.050(B) states that a loan or extension of credit shall be considered a contribution of the loan or extender of credit and subject to the limit of $360 per person, pursuant to CVMC 2.52.040.

Googins said if a loan or extension of credit covered by this section as the terms are understood under this section, then those limits would apply. It would have to come from a person, an individual, as opposed to a corporation, and it would be subject to that cap. But Googins said the real question is how long before an expense becomes a donation.

“There is nothing in our code that addresses that,” he said. “There is nothing in our code that defines what an extension of credit is. Is an extension of credit when someone owes an amount at a certain time and does not pay it on time, so it becomes an extension of credit under our code? That could be a reasonable interpretation of what this is intended to say, but it does not say for how long or how that extension of credit is quantified for purposes of evaluating whether it has exceeded the contribution limit. If you owe someone money under the terms of a contract and you do not pay them on time, if there is an interest factor under that contract, is that the interest factor that would determine the extent to which you have been extended credit? Or is it the amount that you owe that is determined to be the amount of credit that is extended? I do not know the answer to that.”

Googins said there may be provision under state law that interpret it for state law purposes that could be applied locally, but the local rule does not go into any detail about it.

“How those rules would apply are not specified beyond very basic language that is in this code section,” he said. “It will be up to the enforcement authority, in the extent that we now have a pending complaint in that area, to determine whether or not the conduct of the candidates that have been complained about constitutes an extension of credit for the purposes of our local ordinance and the extent to which that particular extension of credit might exceed the contribution limit provisions. And that is not for me to decide.”

Googins said if there is confusion amongst candidates, and not enough sufficient guidance for the enforcement authority to decide whether a violation has occurred, that the municipal code is an appropriate place for language that would clarify the rules.

“Because the last thing that I want, and I think that the last thing the public wants, and the last thing that candidates want, are rules that are not clear,” he said. “If this rule warrants clarification, either by references to state law, explicit or otherwise make it clearer how these rules should be interpreted, or by creating our own local definitions, that would certainly be helpful guidance for both candidates and enforcement authority alike.”

Googins said that the short answer on whether a candidate can pay off debt without breaking a municipal code is yes.

“There are some provisions under subsection 2.52.060 that if a candidate is contributing to their own campaign that exceeds $5,000 in aggregate and this happens during the election, there is an obligation on that candidate to notify both the city clerk and that candidate’s opponents that that candidate has made that contribution. However, after the campaign is over, there is no cap on your ability to do that,” he said.

Googins said Section 2.52.140 describes the enforcement process, including how the enforcement authority is selected. The enforcement authority is a panel of attorneys interviewed and selected by the Board of Ethics and is on standby, available to respond to complaints as they may arrive. There is always a panel of three lawyers and the order that those attorneys are selected is chosen randomly. Their names are put in a hat and drawn to put them in order, so when the first complaint comes in, obviously the first one in line gets assigned that case, and so on.

“So, these matters, when they came in, where assigned according to order previously selected for initial evaluation,” he said. “There are typically two attorneys involved, the first attorney makes a preliminary probable cause determination whether or not the complaint is valid or not and if that determination is made, it is passed on to the second attorney in line for them to actually make the ultimate determination whether or not a violation exists and what the penalty should be. There are a lot of checks and balances built into this. There is also a process in turning it over to the district attorney’s office. All of that is built into our campaign ordinance.”

Googins said that the ambiguity of the codes is in the interpretation, and he began drafting modifications to the ordinance with this certain issue in 2013.

“I have a draft that started as these types of issues arose and presented to us, intended to be worked through with some process through city council for their consideration ultimately to decide what might be amended or what they would want to keep the same,” he said.

“All of our laws, both in respect to legal defense funds rules and with respect to loans and extensions of credit are intended to be supplemental, not to replace their state law equivalents. The interpretation of those laws and enforcement is a matter for the FPPC and Attorney General’s office, not for us,” he concluded.

Neither McCann nor Cardenas responded to requests for interviews concerning the complaints filed with the city clerk. 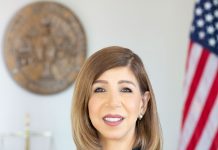 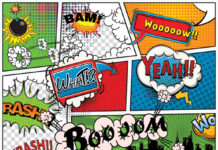