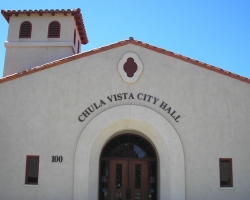 The formula focuses on prevention by stopping trafficking before it begins by educating children, teachers and communities. The second part of the formula is the protection of trafficking victims; the third P is prosecution, effectively prosecute human trafficking offenders; lastly the formula ends with partnerships, the district attorney’s office creates partnerships to help victims recover.

According to the U.S. Department of Justice, Human Trafficking is the fastest growing form of organized crime in the world and is tied in second place with the illegal arms trade.
Alma Tucker, president of the International Network of Hearts, said her organization has seen a rise of human trafficking victims throughout the years.

“The crime of human trafficking is growing and growing and it’s very profitable,” Tucker said.

Adam Braverman, a U.S. attorney for the Southern District of California, said that human trafficking is one of the world’s most lucrative and fastest growing illicit enterprises in the world.

“The trafficking of men, women and children for labor or sex is so appalling and so pervasive in our country and around the world,” he said. “It is one of the department of justice’s top priorities and one of the top priorities for our office.”

He said just last year, the Department of Justice convicted more than 500 individuals for human trafficking.

Braverman said in 2014 it was estimated that proceeds from human trafficking where as high as $150 billion world-wide.

“In Chula Vista, we are doing our part to combat trafficking by aggressively investigating this appalling crime using two different units at our department – our family protection union and our special investigations unit,” she said.